The Return of the Batboard

The Return of the Batboard

A few months ago, my buddy JoJo asked me if I would play in band with him on his birthday to perform David Bowie’s “The Rise and Fall of Ziggy Stardust and the Spiders from Mars” album.  I agreed but since it had been over twenty years since I played live on stage, I didn’t really have a live rig.  I busted out a few odd midi synth modules and dusted off the Bat Controller I made back in 2001 (check out this old entry talking about the original construction and story behind it). I thought the keyboard may need some work but then I realized it needed a LOT of work.  The framework that I installed the keybeds on had warped over time and the notes weren’t firing consistently or at all in some cases due to making poor contact.  Well, there was no way it would be good to go for the Bowie tribute so I threw together a system that would get through that specific gig.  I planned on returning to the  Bat Controller and get it back into tip top shape.  I decided to scrap the entire insides and rebuild.  That also altered how things would line up on the exterior here and there as well.  So after much work and rethinking I now have the new improved Bat Controller complete with some new chrome trim and Bat Rocket (or should I say “Rock-It!”) switches as well.  But like many comic book new and improved things, I also renamed it to”The Batboard!”

It’s still a keyboard controller at heart which means it contains no sounds of it’s own but rather triggers them from an outside source.  I decided on that ages ago so that the sounds would never become obsolete as they often due in the keyboard world.  Also the original controller was strictly Midi based using Midi ports to trigger the sounds.  This one uses USB connectivity for power and interfacing with my laptop for all of my software driven sounds.

It’s come a LONG way but it’s a keeper for sure. 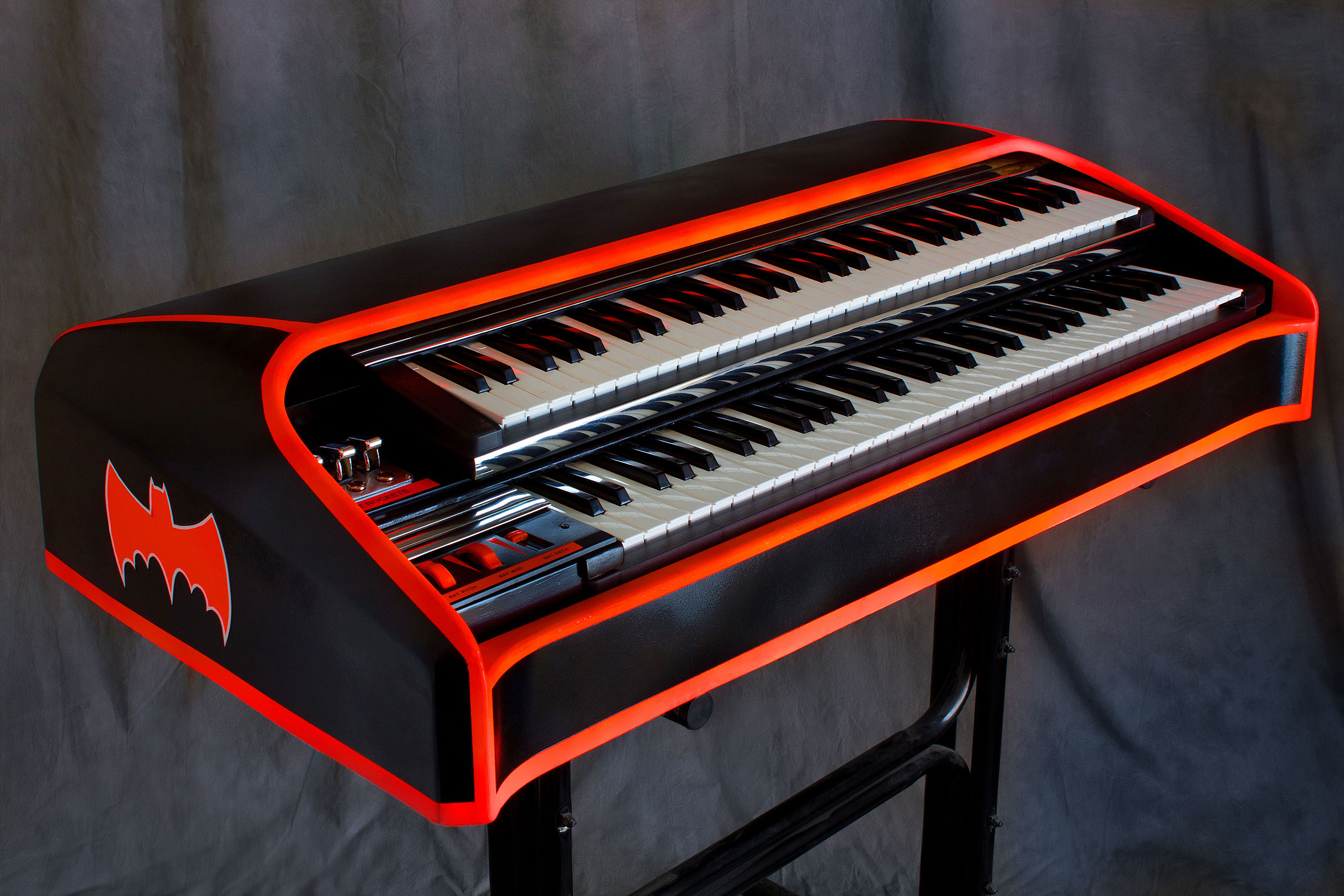