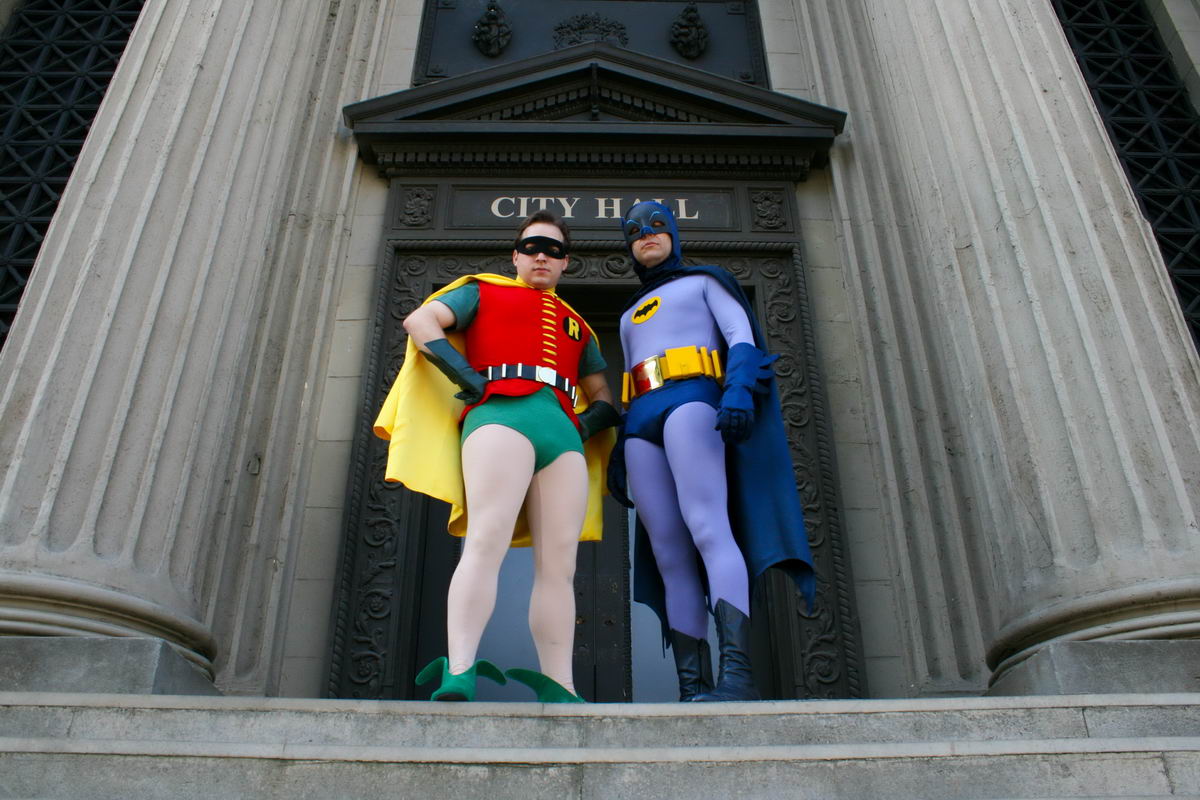 or
Fun is Best Shared with a Sidekick

I’ve thought about trying to keep this latest outing under wraps because of the hope to use some footage for a future Fan film. But as time has passed and I’ve shared some of the stills with friends, they’ve convinced me that I really should share the photo session at least.

In late March I got a cal from Alex that his music ministry would have him touring Southern California in early April for a couple of weeks. I checked with my WB pal “Buster” to see about getting Alex, Vickie and I on the lot to try and have a go of filming Alex and I on the steps for some stock footage possibilities. I especially went to task on trying to see if we cold get a Batmobile on the lot for the shot. I had a Batmobile lined up and “Buster” tried to go through the channels to get it approved but it got shot down. It was considered too much of a liability issue rather than an intellectual property issue. This would be especially true if we weren’t footing any money towards such a thing (besides the actual quote made it financial not possible.) Still, we would have a Batman, a Robin a lot full of interesting landscape and Vickie as the photographer. We were going to have fun.

The experience this time around was vastly different. Mainly due to the fact that we were doing this on a Saturday and the lot was virtually empty compared to the ongoing hustle and bustle of the Thursday I was there last. No tours going on and no constant traffic filling the streets. The studio was pretty much going through a resurfacing construction for many of their facades but the Gotham steps were clear and untouched.

Buster first gave Vickie, Alex and I a wonderful tour via a golf cart he had secured for the day. So we did a tour of the lot and facilities in our normal street clothes. After a fun filled hour of that it was off to change in into our dual identities. 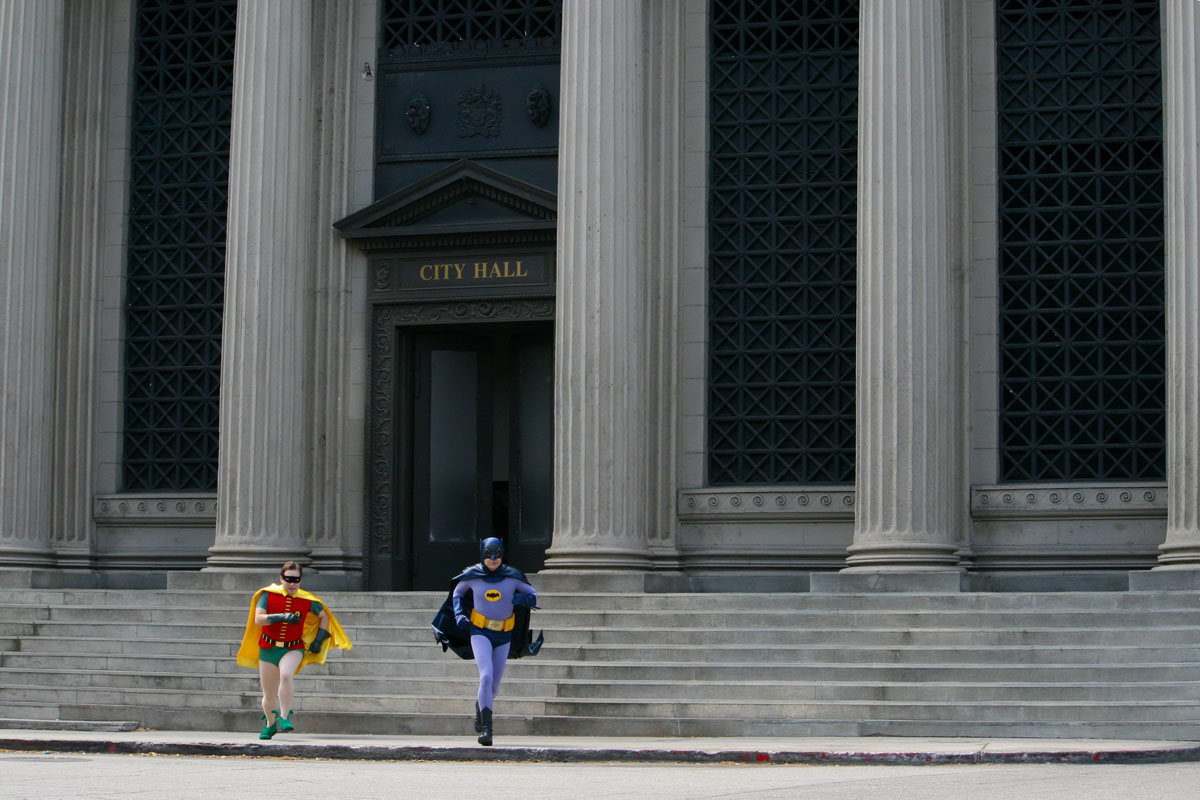 The rest became a memory that I will never forget but find it hard to completely describe in words. Things like Alex and I behind the door of the Gotham steps waiting to run out for the camera but having a hard time wiping the smiles from our faces before bursting outside. Him and I sitting on the back of the golf cart being transported to another location passing soundstages. He looked to me at one point and asked, “Do you think this is what it was like for Adam and Burt?” I could only imagine it might of felt a little like that. And if it was just a fraction of that, it was a pretty awesome feeling. 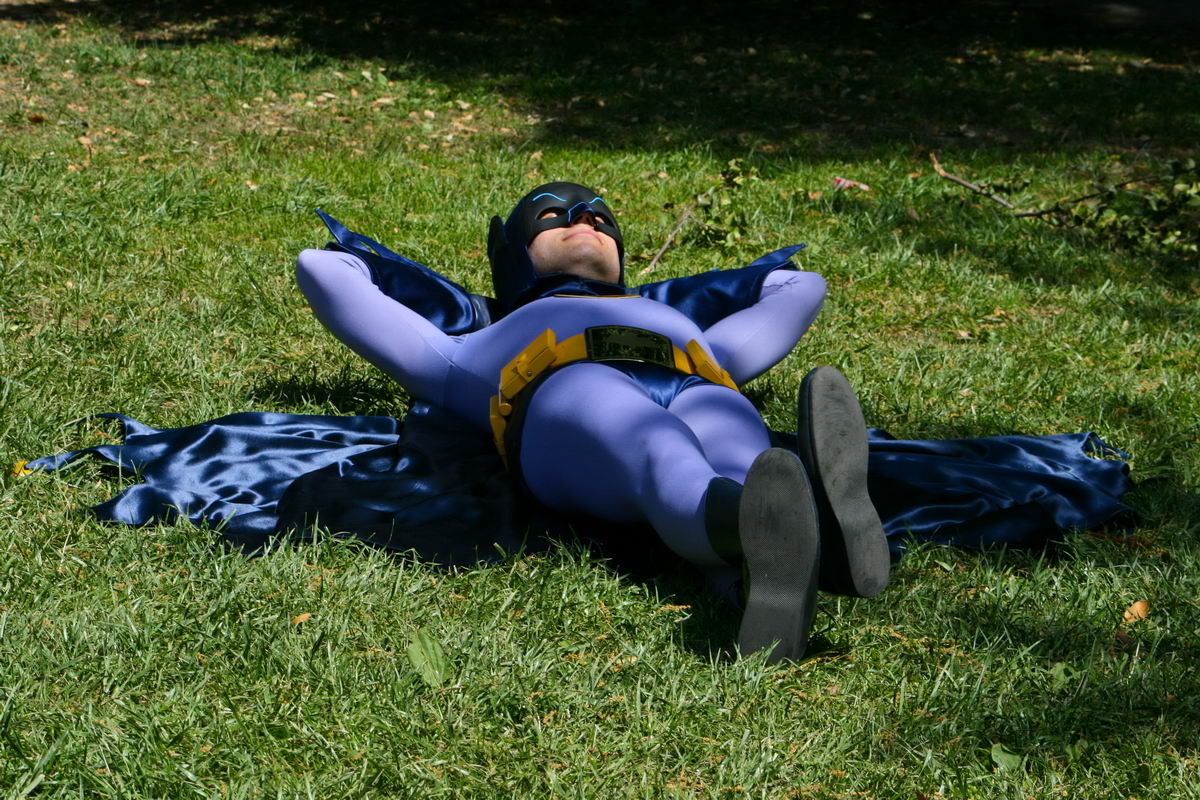 Vickie took a score of pictures and here are most of our favorites.