We were asked to join Nate Truman and his Star Car Central group for the Lake Forest 4th of July Parade.  I asked my buddy Buster to come on out with his Captain America costume.  Other than displaying his suit as part of a prior Comic Con Masquerade competition, he had never done a public appearance where there was interaction before.  So this was a first but I thought, “You’ve got to have Captain America and Wonder Woman on the Fourth of July!”

This was his first time getting to check out a Batmobile up close as well so we made sure to get plenty of pictures of him with it.  It was pretty hot out and we were the last group at the end of the parade as a bit of a finale so even after the parade started, we had about an hour to kill.  Luckily there was a nice shaded area nearby where we could cool off between picture taking and meeting other parade participants.

The parade route was about a mile and took roughly 45 minutes to complete.  We walked beside the Batmobile and interacted with the onlookers at the sides of the street giving high fives and getting the occasional hug.  Buster was a natural and people called out “Captain America” throughout the parade.  I think we’ve got him hooked.

Sorry, I don’t have any pictures of the parade itself but we didn’t exactly have a staff photographer.  maybe Nate will come up with some in the near future.

Don’t forget to click on the pictures for higher res 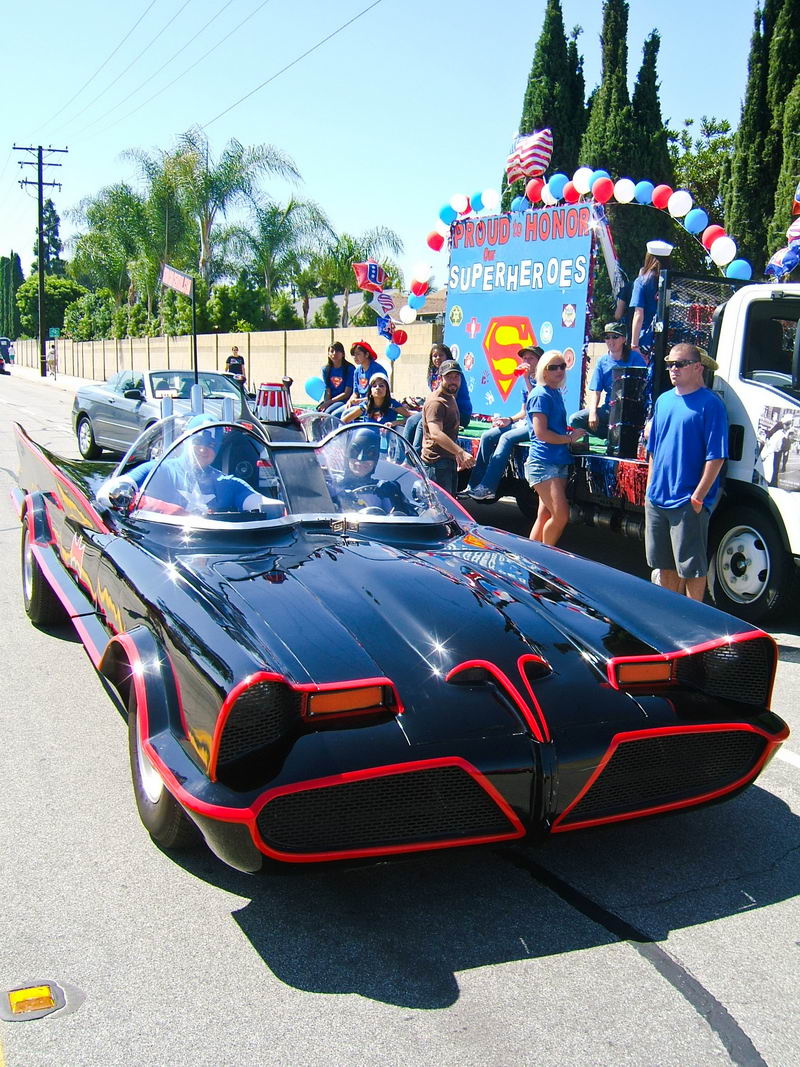 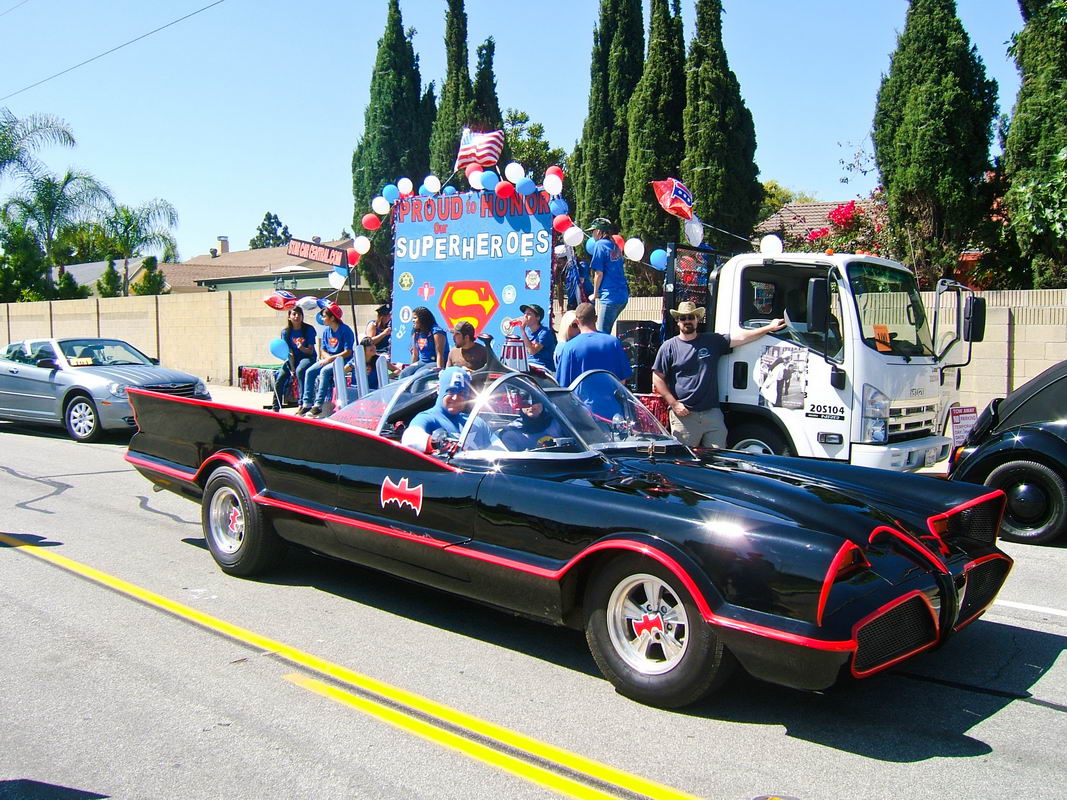 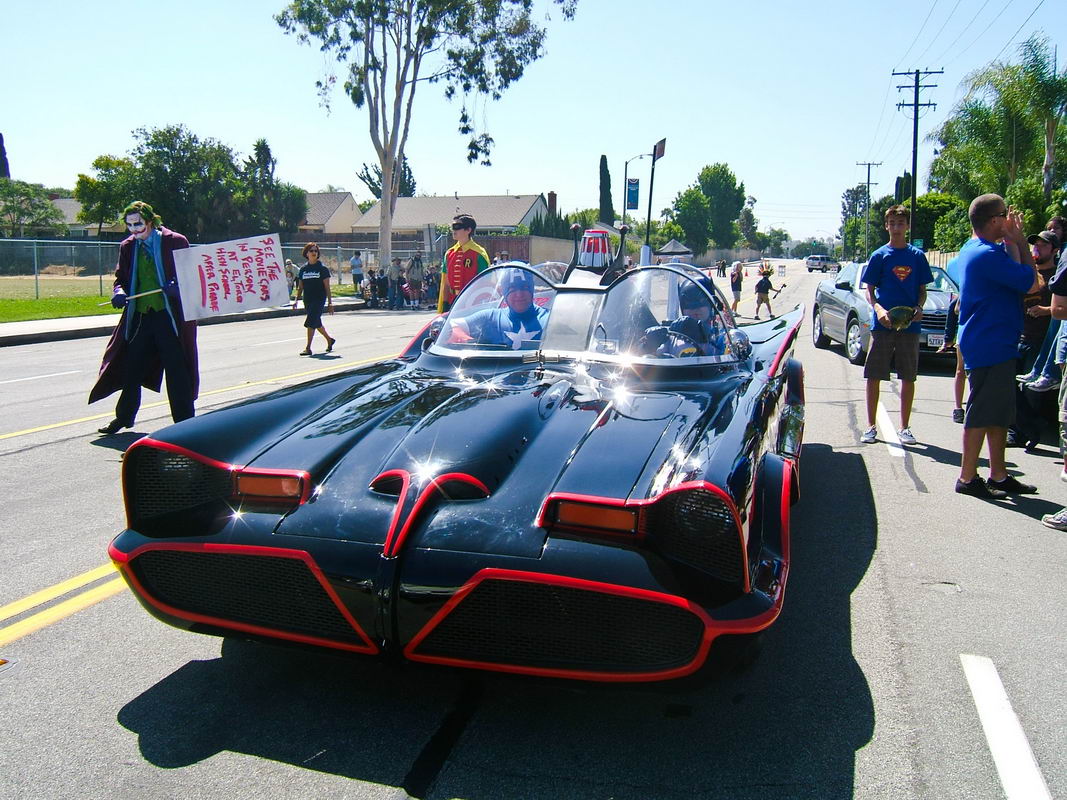 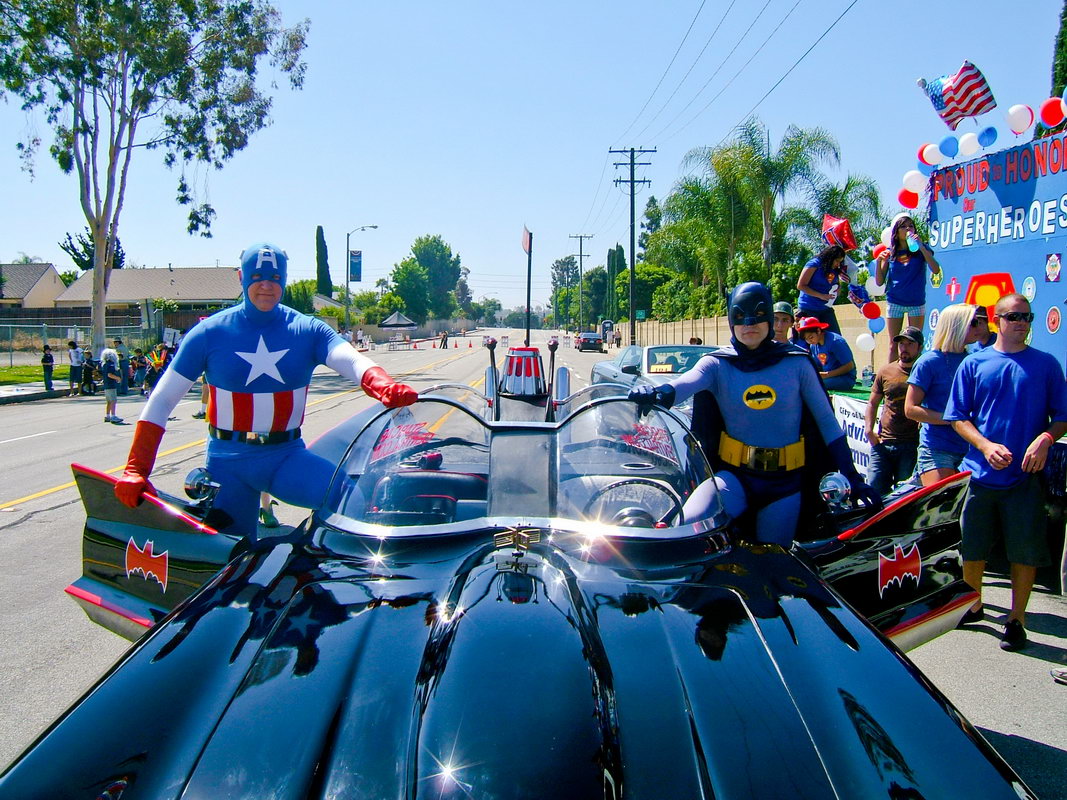 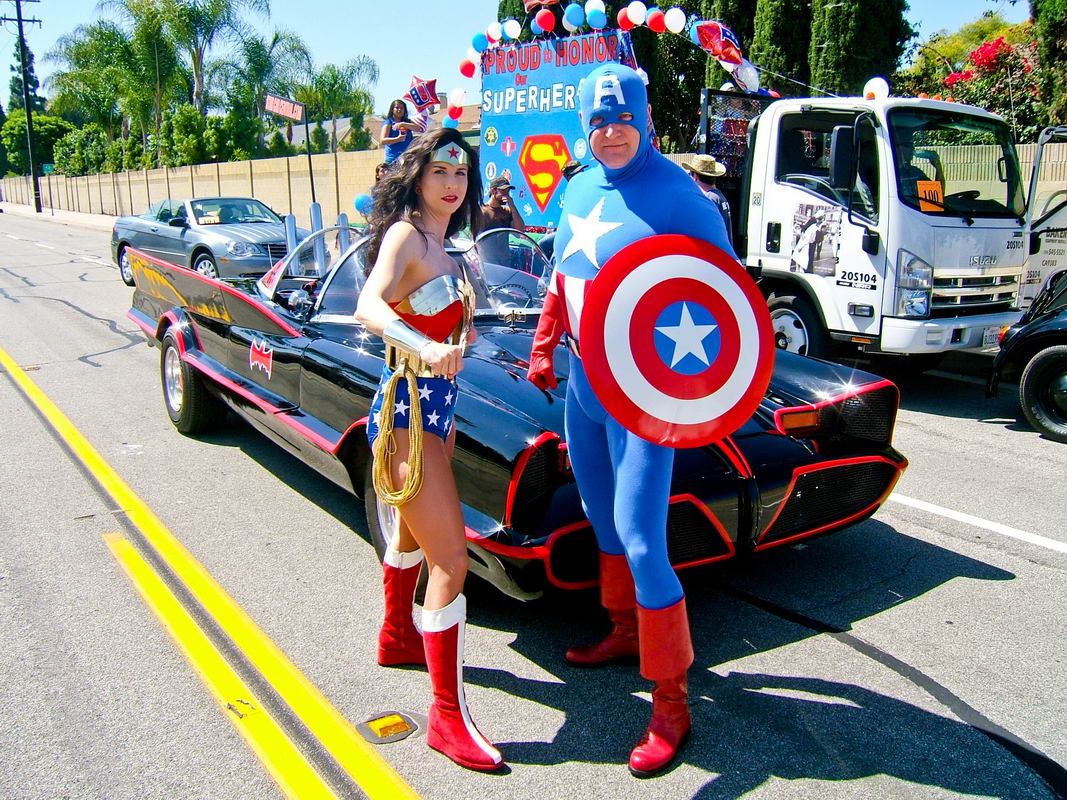 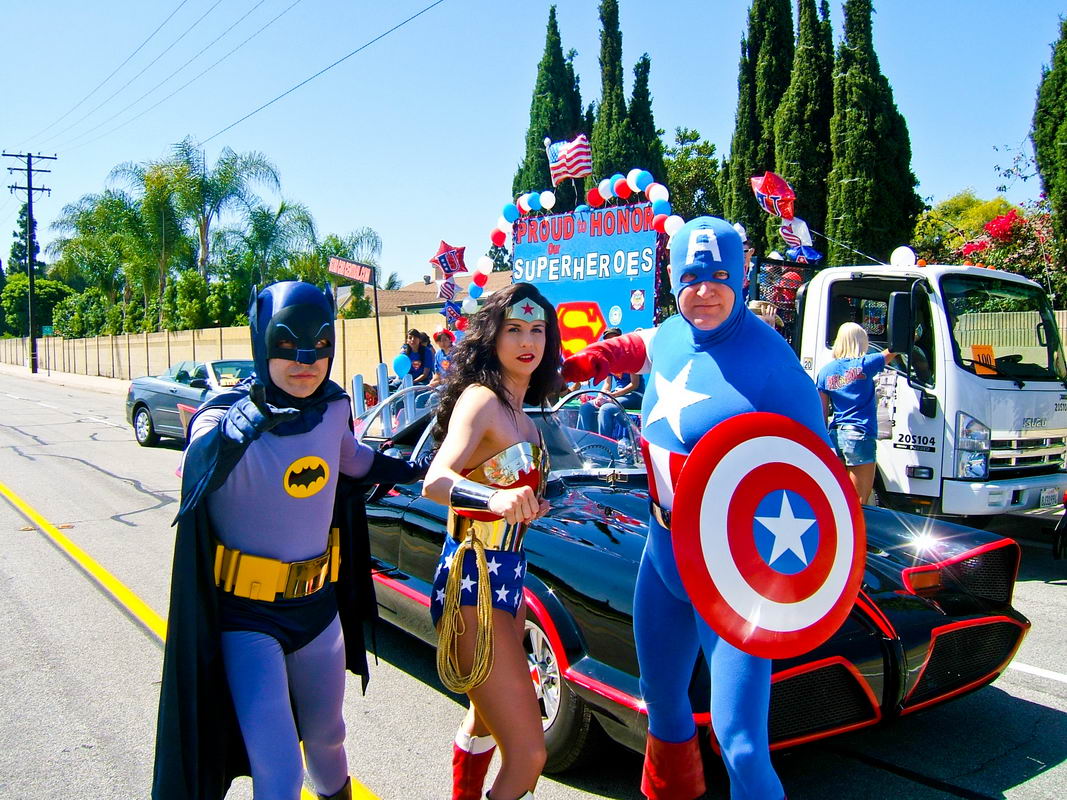 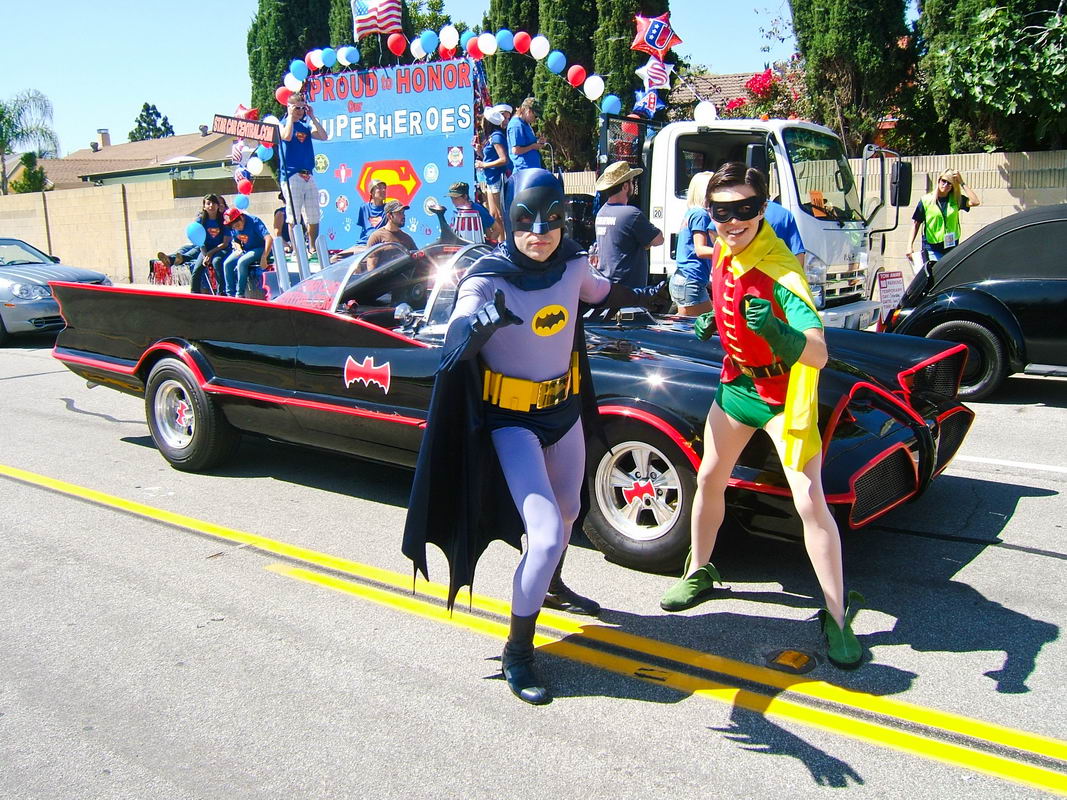 Nate’s son joined in as Robin. 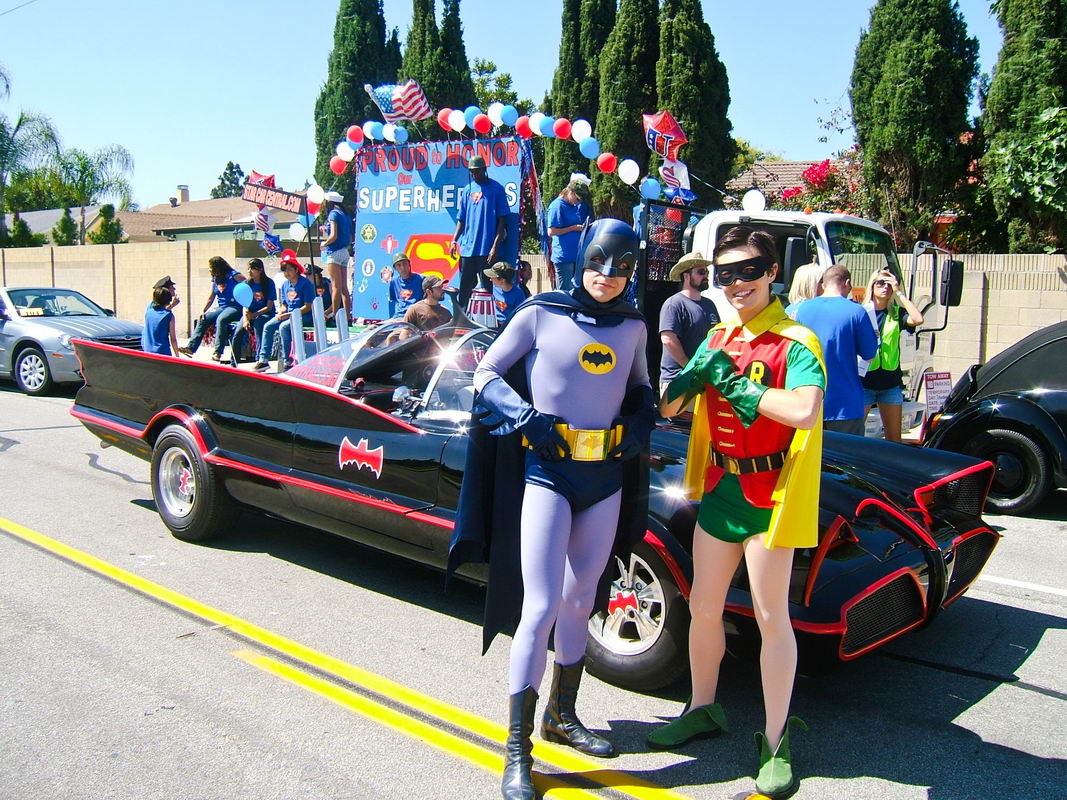 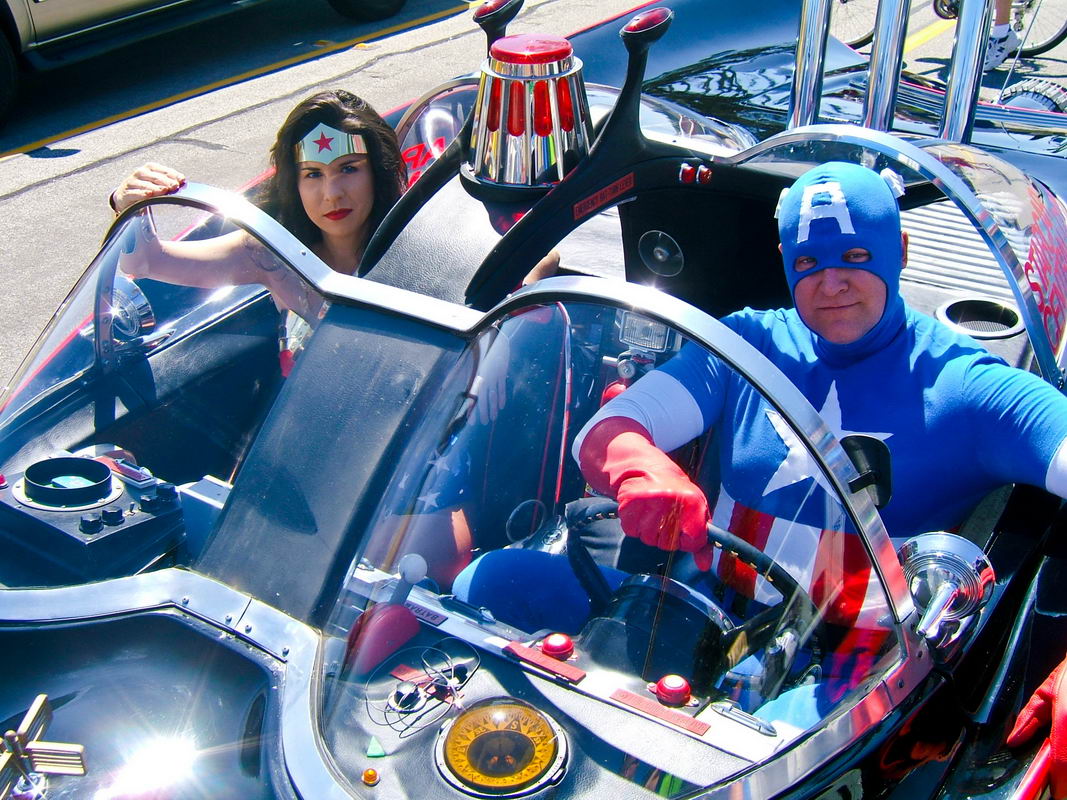 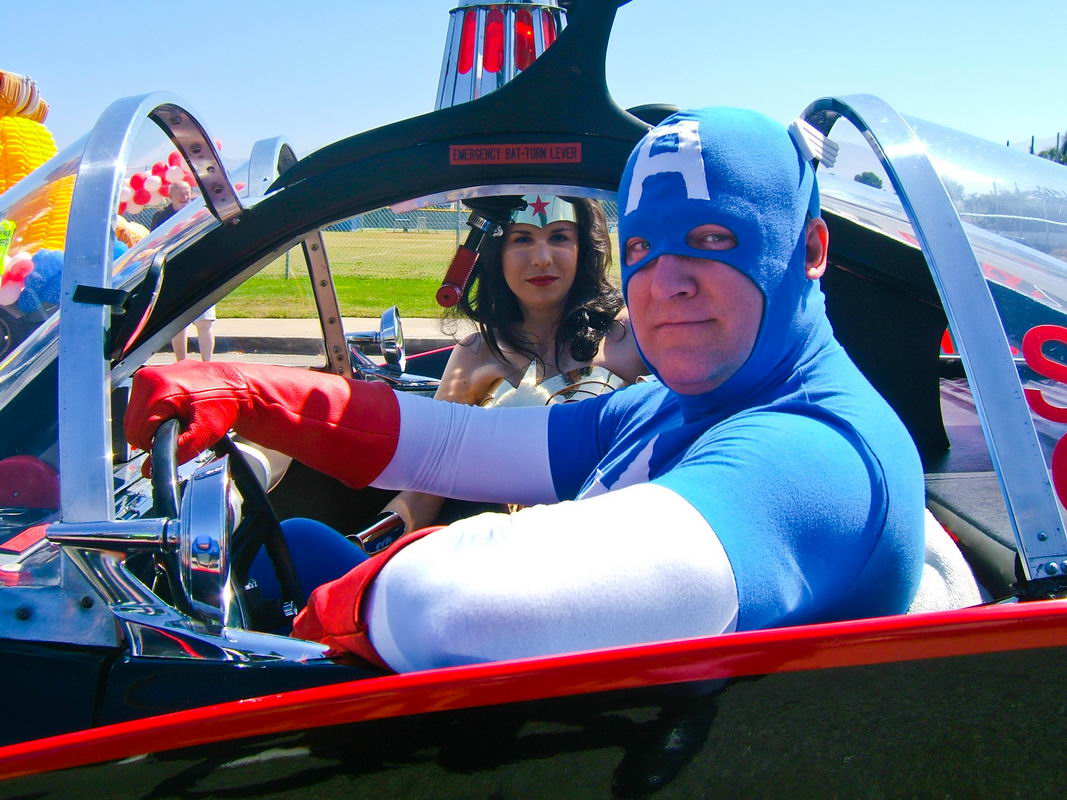 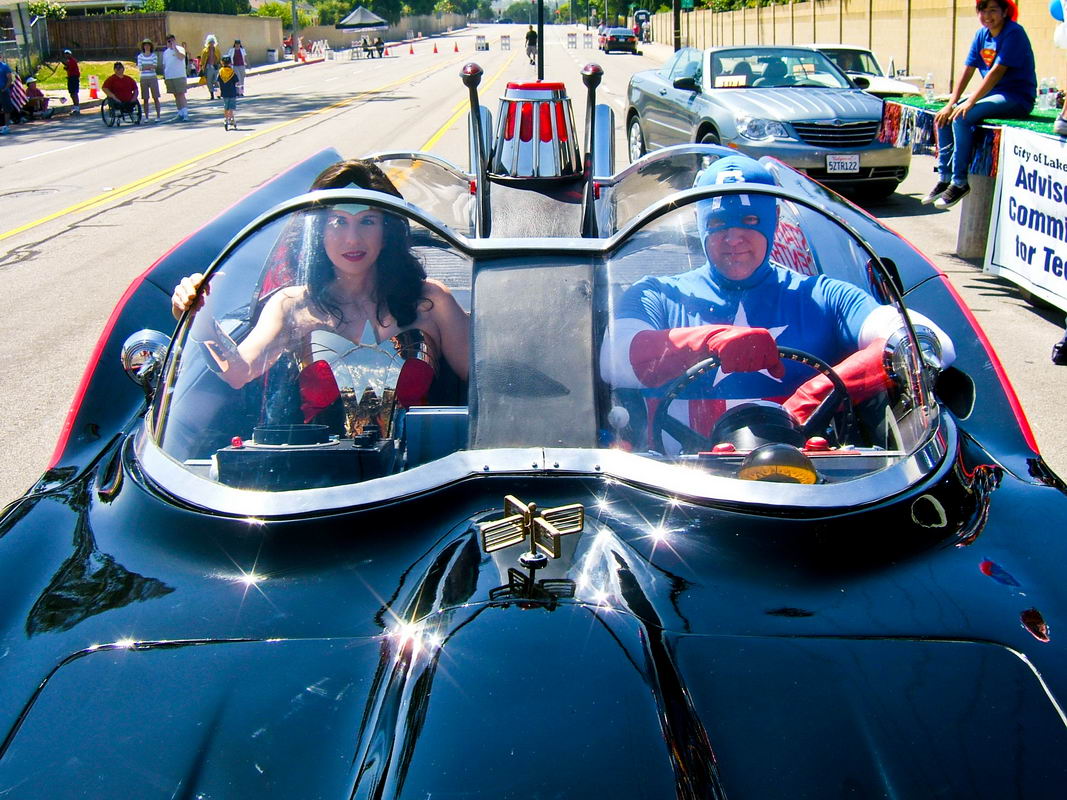 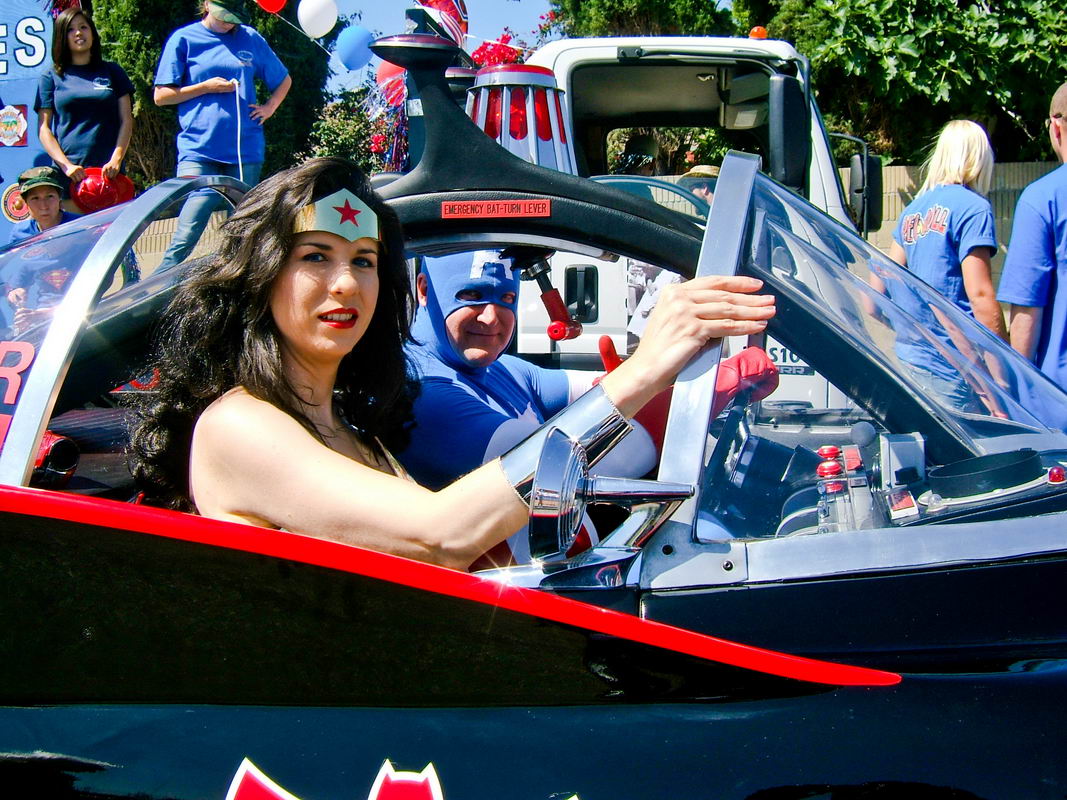 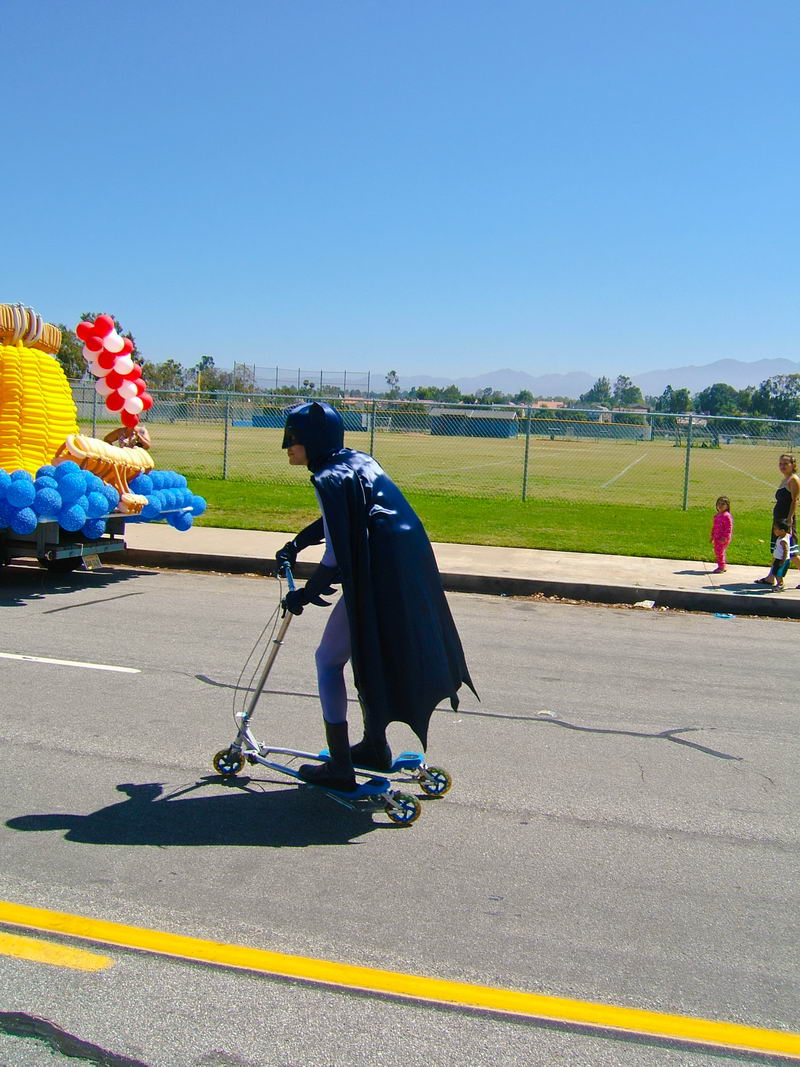 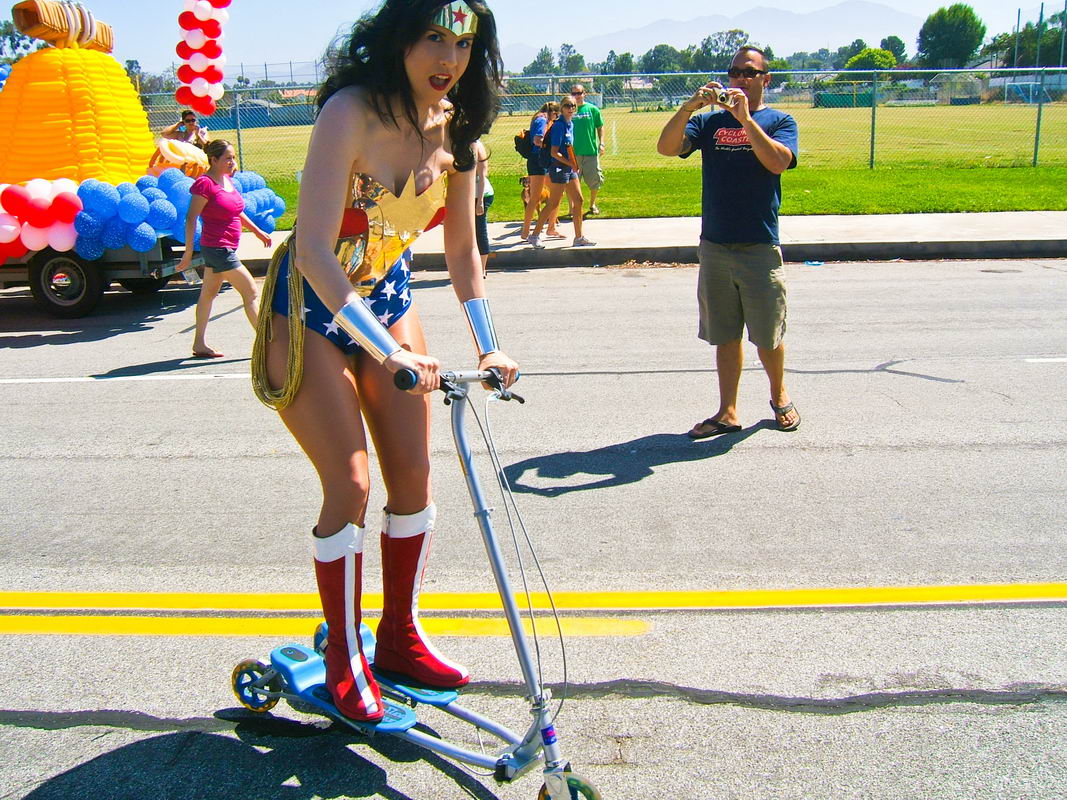 Vickie thought these were lots of fun! 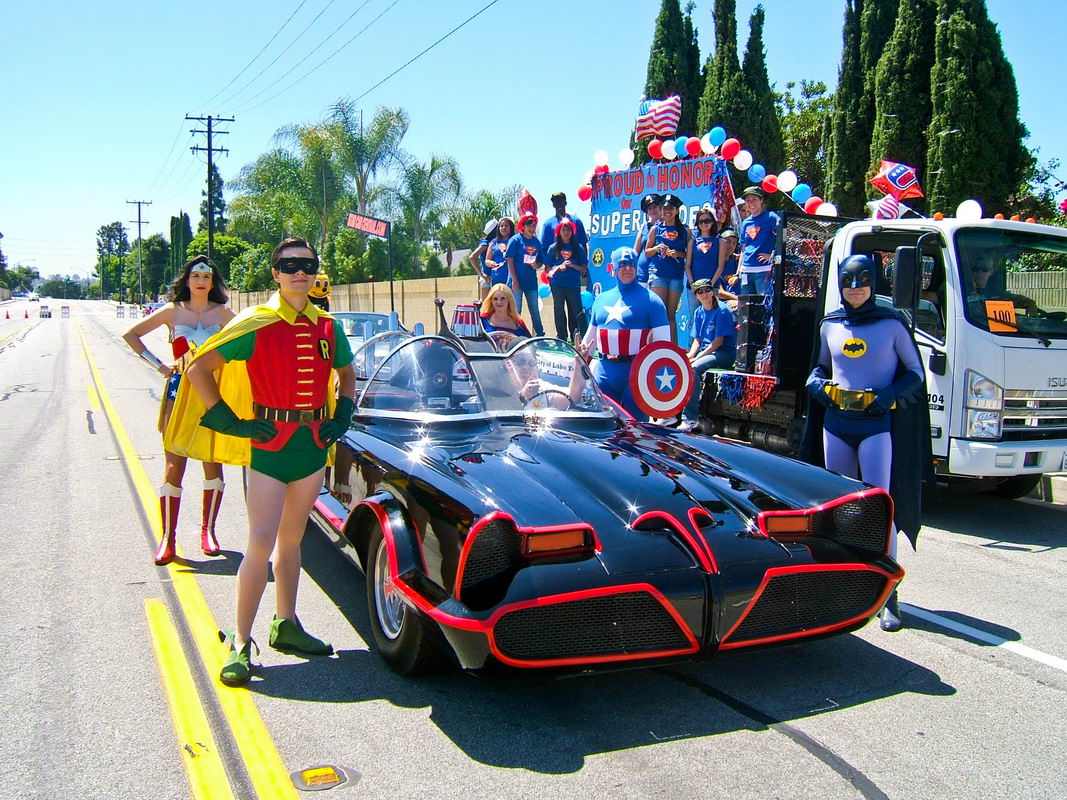 Just before we started our walk