Check out the episode

Back in May 2006, I got an e-mail from a production company that was interested in making a documentary on fans. It was for a new TV show airing out of Canada on TVtropolis called “Fanatical”. It was going to be a reality-based show that would cover a different genre of fandom each week, focusing on two individual fans and their story. One week would be “I Love Lucy” and the other might be “Star Trek” or “Gilligan’s Island.” Their first episode was going to cover Batman and they were referred to me to see if I was interested. I guess the word was out somehow that I was a Batman fan. That sort of thing happens when you run around in tights and write about it on the Internet. I wrote back and told him that I was curious and a few days later I got a call from an assistant. She went through some preliminary questions to see if I was the sort of fan they were looking to cover on their TV program. A few days after that, I got a call from the producer. She seemed very interested in filming me, but I had some questions. I was mostly concerned on whether or not the fan was going to be portrayed as some sad, nerd type loser or if this was to be something that was done in a positive light. She assured me that the show was completely about celebrating fans and their interests and wasn’t going to be about making fun of them. Since this was going to be the first episode I had nothing to go on as to actually how they were going to portray their subjects, in spite of her reassurances. In the end I decided to trust her enough to go for it.

It worked out that since I was going to be attending a convention in Novi, Michigan in June. They could meet me there and do some filming of me walking around in costume and meeting fans. I also informed them that I was going to be holding a Bat-party in my hotel room that they could cover as as long as they didn’t get in the way the festivities. She told me they would be a “fly on the wall” as per my request. She also wanted to set up a date for an interview with me in California and wanted to schedule filming at my home with Vickie.  Now,Vickie is cool with doing appearances and meeting people in costume but she’d rather keep her personal life very personal and or at least off TV. They said they wanted to film my collection and also film Vickie and I working in the kitchen or something like that . I said that really my collection is not all that interesting compared to many collectors and that I felt that the real story is what I do and the Bat-community rather than what I have. We decided that we would film Wally and I doing some stuff over at his place and that they could do my interview there. But that wasn’t going to take place until a good couple of weeks after Novi. And since they were going to do some filming at San Diego Comic Con for another fan, they could do some pickup shots with me there as well. 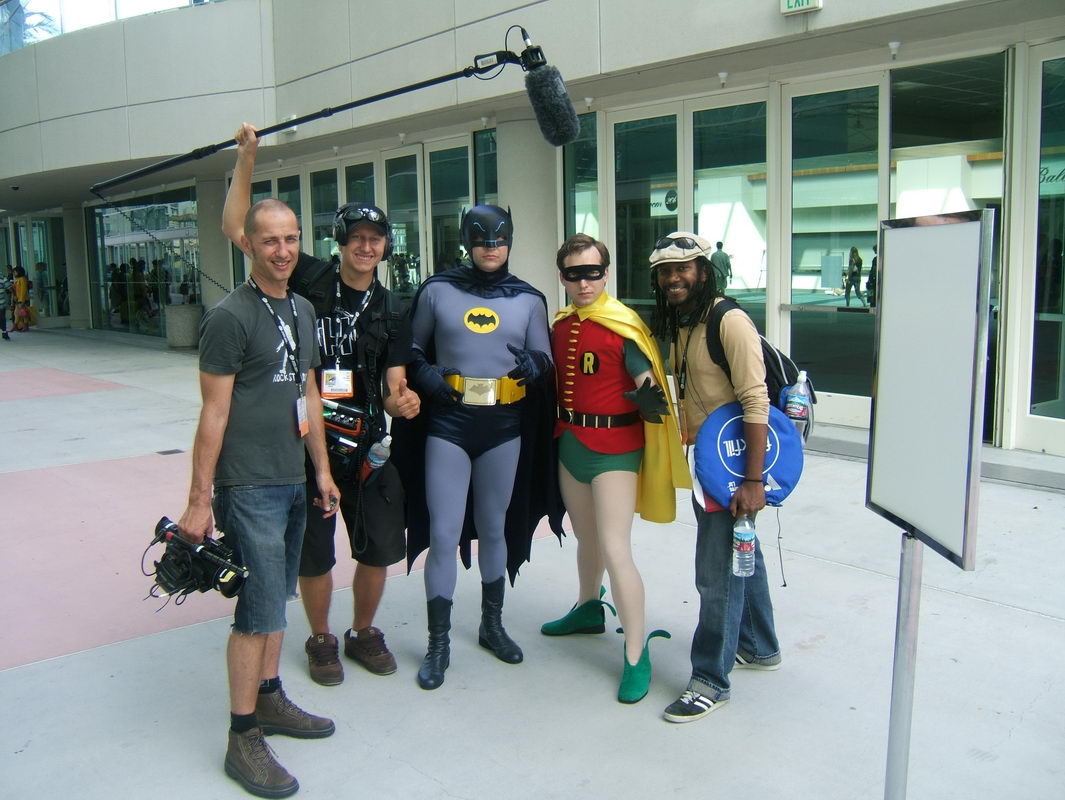 At SDCC with the film crew

To say that everything went easy and according to plan would be untrue. I guess I could have been considered a bit of a guinea pig since it was a new production and they were trying to work the kinks out. For example, they interviewed me for two hours for what essentially would be barely 10 minutes of screen time. That’s not including the hours of footage they took of me walking around in Novi and at San Diego Comic Con.  I’m not complaining, but it did seem like a bit of overkill.  At my Bat-party in Novi, the apparent “fly on the wall” started to tell some of my guest to be quiet while they were filming other guests and locked the door to newcomers. Once I discovered this was the direction that my party was taking, I took the producer aside and reminded them of my previous request. It went smoother after that. 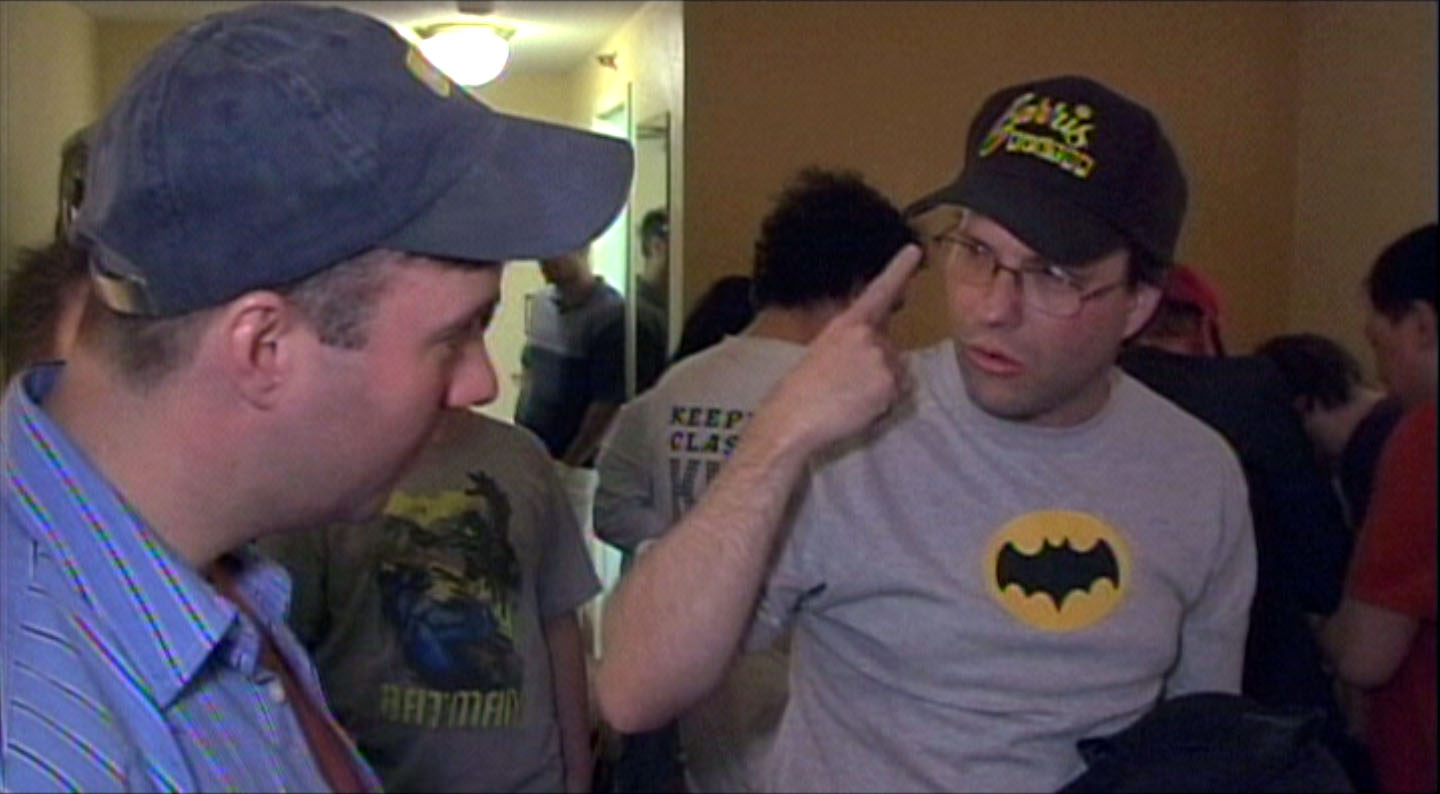 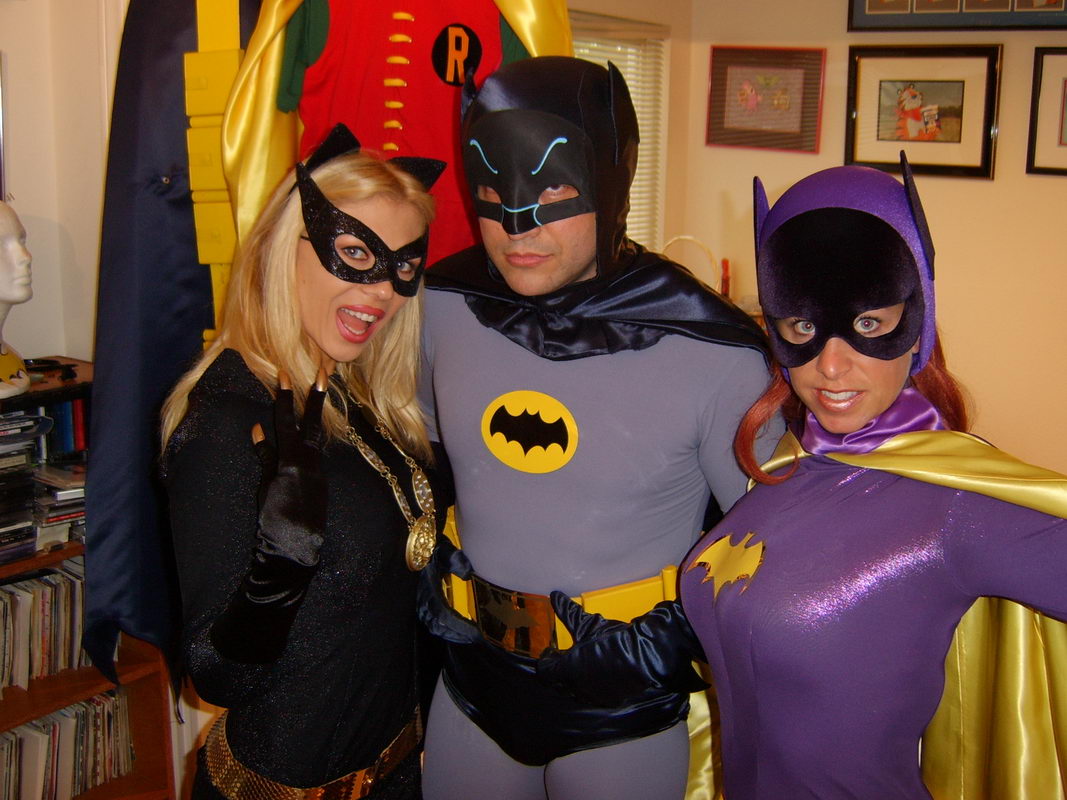 From one of the scenes shot at Wally’s

In the end it was quite fun to do and I’m glad that I did it. I only have a few issues with the final cut that aired. One is that although I spoke about Vickie numerous times during the interview, her name never came up once in the episode even though she can be seen in the Comic Con footage. The other one deals with how they edited something that I said in my interview that I feel gave it a different meaning. In the actual interview, I was asked if I have to concentrate to do my imitation of Adam West while in costume. I said that I’ve worn the costume so many times now at so many events that when I put on the costume the voice and the mannerisms come very easy to me. I went on to say that I probably nowadays have to just concentrate on just being Scott while in costume if I wanted to turn off the Adam West shtick because being myself  seems out of character and tends to be the thing that feels silly. They edited that part of the interview down to the quote,”I probably nowadays have to just concentrate on just being Scott.”  They used that quoted clip for the commercials, the intro the program and in the actual episode just like that. I felt that it made me appear like I wasn’t rooted in reality and that I actually thought I was Batman or something. Also, there was no mention of the fund raisers and charities that I did appearances for. But that’s what I get for not sitting in the editing room with them. Yeah, like that was going to happen.  Like I said before, that’s just nitpicking.  I’m glad I did the show.

Anyway, here’s the full episode featuring yours truly and the ever talented artist Andy Price. 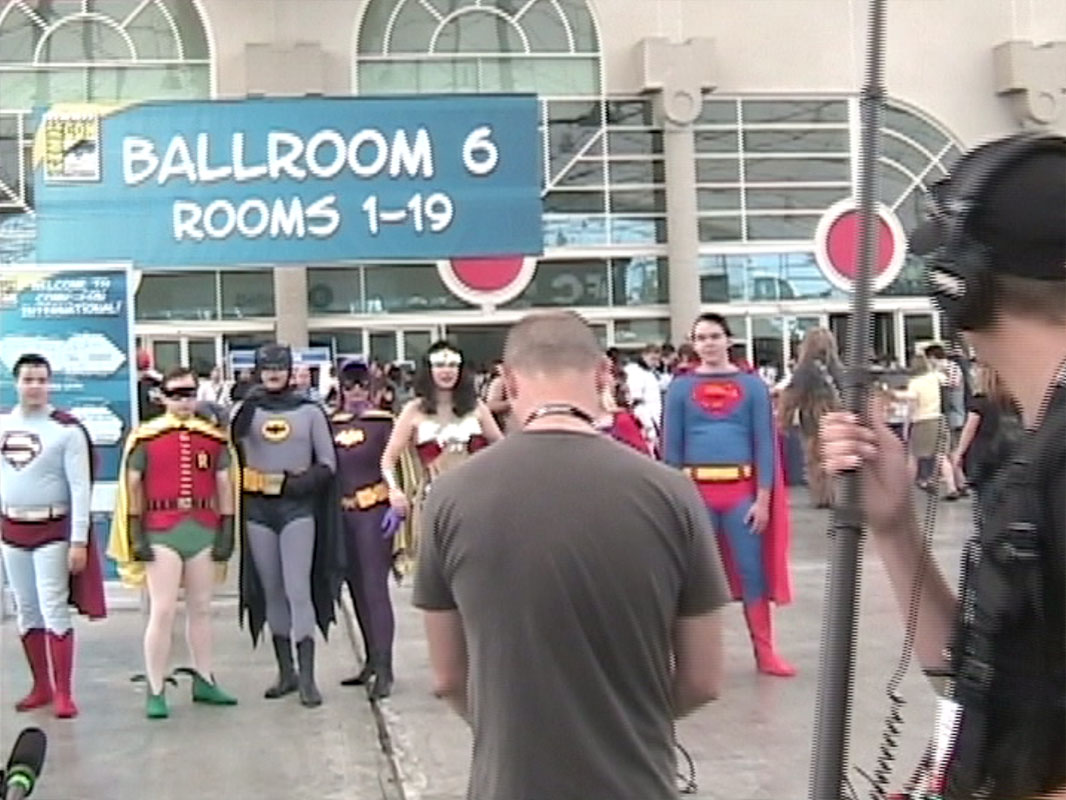 About to approach the camera at SDCC 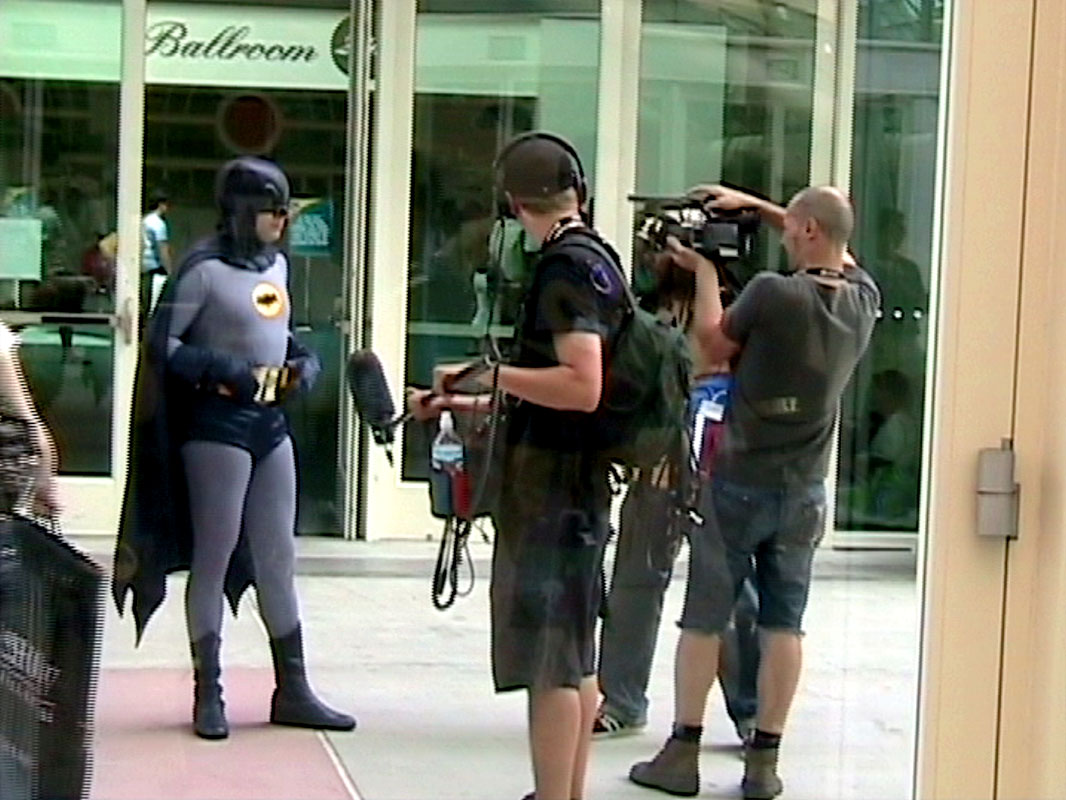 Another pick up shot