A Memory about John Lennon

A Memory about John Lennon

It was thirty years ago to this day that John Lennon was shot the night of December 8,1980.  I’ve written this blog entry a few years ago elsewhere on the web but wanted to share it here on this day. Thinking of you, John. 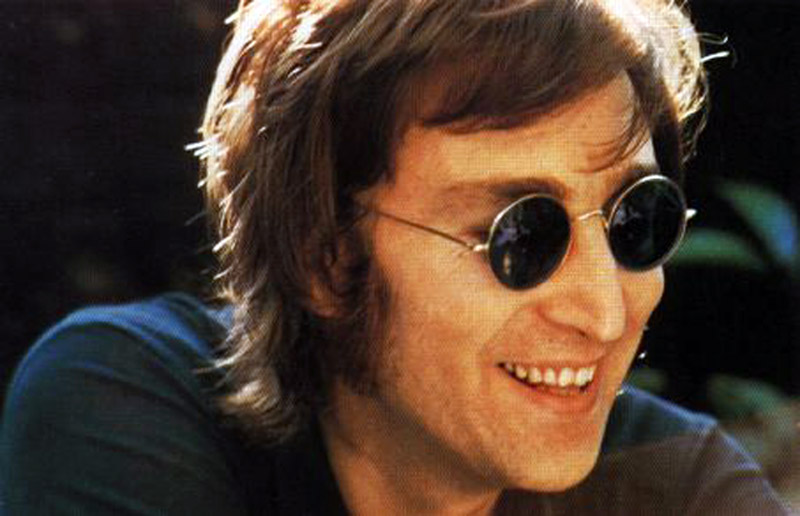 I read comic books and I drew super heroes. I wanted to be the good guy who made a difference whether it was Batman, Superman or Spider-man. I was not naturally gifted musically. Why did I ever think about being a musician in the first place? I’ve told this story to people over the years but never sat down to write it before now. It’s the honest truth with no dramatic license added.

In my high school days during the late 70’s, I was an art student for the most part. No music education other than a few family organ lessons that managed to teach me the C and G chords. But my main music education was in slowly acquiring a sizable record collection. The most prominent of it at the time was The Beatles and many of their respective solo albums. Now I have to remind folks or inform the younger ones who weren’t around this time that it was very difficult to find anything of John Lennon at that point in time. Much of his albums were out of print and many never sold well enough for stores to continue carrying them at this point in time. He was still “retired” from the music business since 1975 and by 1979 you hardly ever heard a song of his on the radio. But I managed to scrape up some of the key albums of his solo years and the words and music connected with my teenage heart and soul like no other artist had come close to. As many have said, I felt like he wrote those songs to me.

In the summer of 1980, word began to spread that John was going to finally release a new album. I couldn’t wait. My peers didn’t understand my connection and I was a bit of an outcast of being such a fan over a guy who hardly had any solo hits and hadn’t done anything for five years. In those days, it was a life time. There were Beatles fans but I was a JOHN LENNON fan.

The new album “Double Fantasy” came out and to me it was like he never missed a beat. “Watching the Wheels” spoke to me even more than some of his earlier work. I couldn’t wait to see what else he would eventually create now that he was back.

But almost as fast as he came back to us, he was forever taken away on December 8,1980. I got the news the following morning. Many kids didn’t think I would be in school that day because that was how much I was associated with him. I went. I heard sympathy and I heard bad jokes. Either way, he was gone. It filled my mind for a long time into the following days, weeks, months and years.

What seemed to be the longest year, 1981, I was a Senior in High School aspiring to get an art scholarship for college. I hadn’t had an organ lesson in over three years but I was writing poetry. Truth be told, they were lyrics with no melody or music. I always thought that writing music was for people who had that special gift. It was for other people to pursue and for guys like me to envy.

But one night in December of that year, I had a dream that I was walking through a forest. The ground was covered in a low fog. Somehow I noticed that somebody was walking beside me. It was John. Not glowing and not angelic but as he looked during the last of his days; a thin forty year old guy from England living in New York. We started talking as we walked. About art and mundane things until I ended up saying, ” It’s too bad you’re gone.”

That’s when we stopped. He blew it off lightly and said, “All you ever need to know about me is what you already know. I was retired and that’s all you were going to know before that. What else do I need to say?”

I looked around and saw that we were at a clearing in the forest and in the middle of it stood a white piano. John sat down and started playing in that familiar straight quarter time feel. I didn’t even know what quarter time was at that moment in my life but it felt simple to understand and follow. He began to sing while playing that simple rhythm. Don’t ask me what he sang, to this day I don’t know but it wasn’t anything I heard him sing before. I just continued to watch his hands play a “C” chord and then a “G” while he sang at the same time. I watched as he did this and thought out loud, “I can do that.”

That’s when John stopped, looked at me in the eye, smiled and said, “Well, why don’t you then?”

The rest is all because he told me to…

…I still miss him though.