This was our seventh year of attending Comic Con in costume and the fun keeps on going.  This year found new challenges and new characters along with the classic Batman crew.

Well, one of the main costumes I did this year at SDCC was Zorro as portrayed by the amazing Guy Williams. 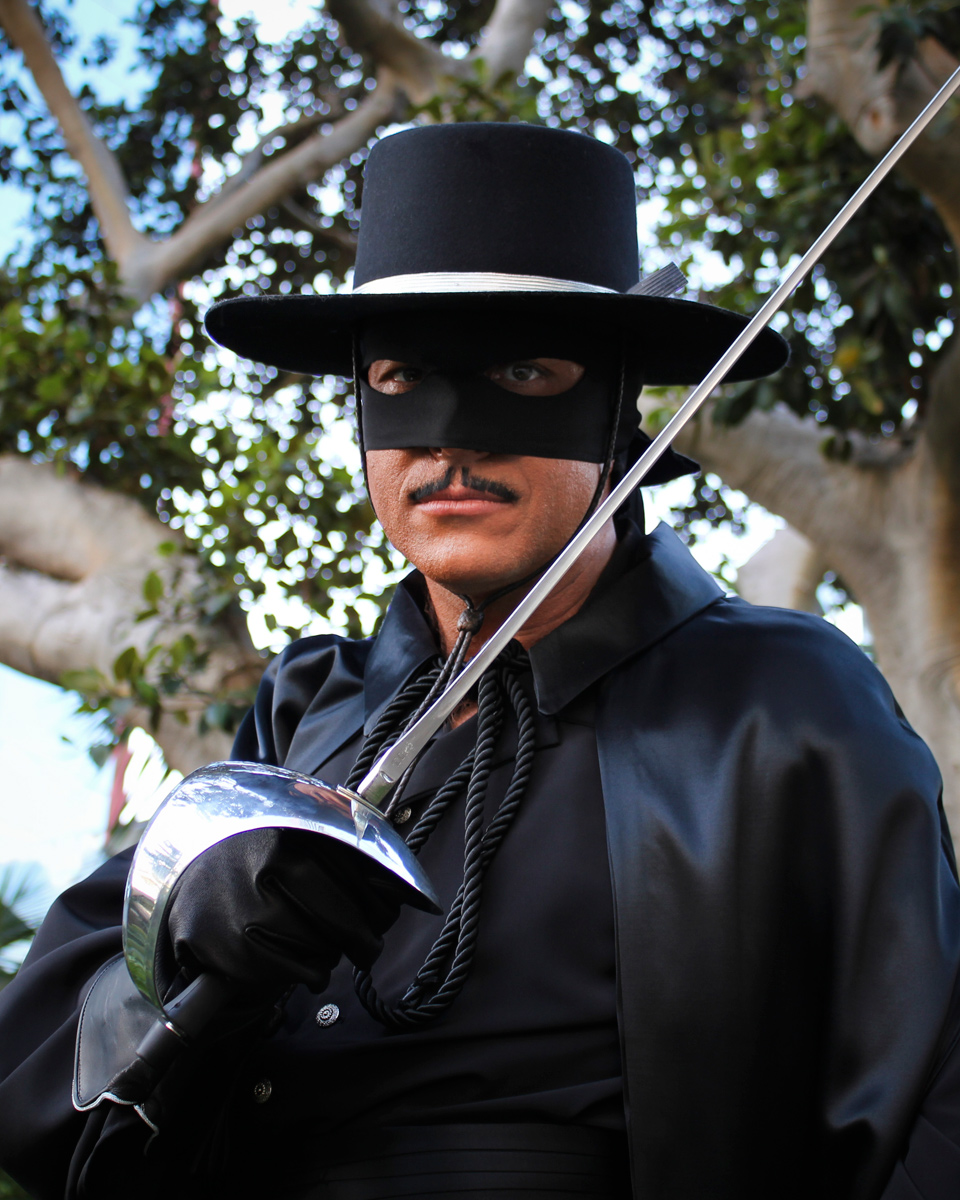 The costume was made mostly by my wife, Vickie with some of the pieces worked on by myself
merely days before the convention. Vickie did the makeup which took over an hour.Vickie airbrushed my skin for a deeper tone and then added the mustache by brushing spirit gum along the mustache line wanted and laying in individual patches of crepe wool.  She then trimmed the mustache to the desired look. 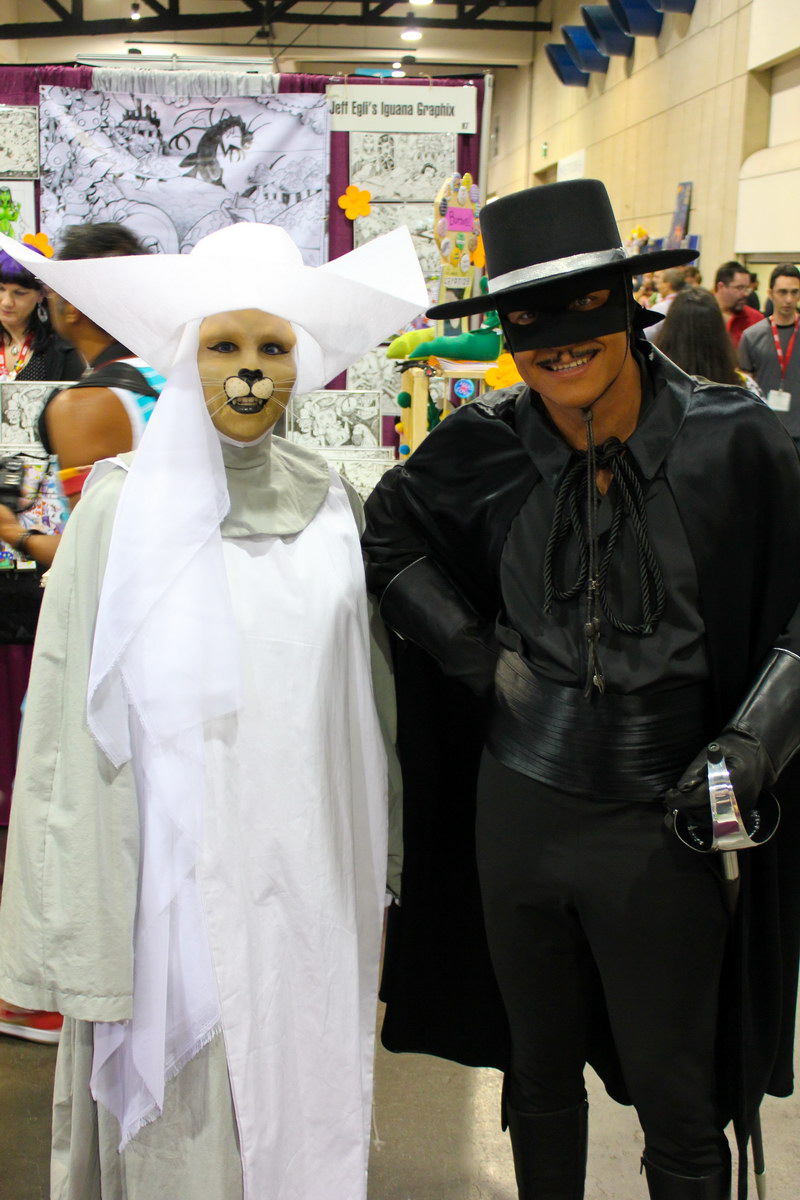 With Vickie who was the character Novice Hame from Doctor Who.  She’s really taken on some adventurous projects in makeup and sewing. She did her own makeup for the cat nun  for two of the days.  That one is about a three hour process to put on and about an hour to remove.  What a trooper! 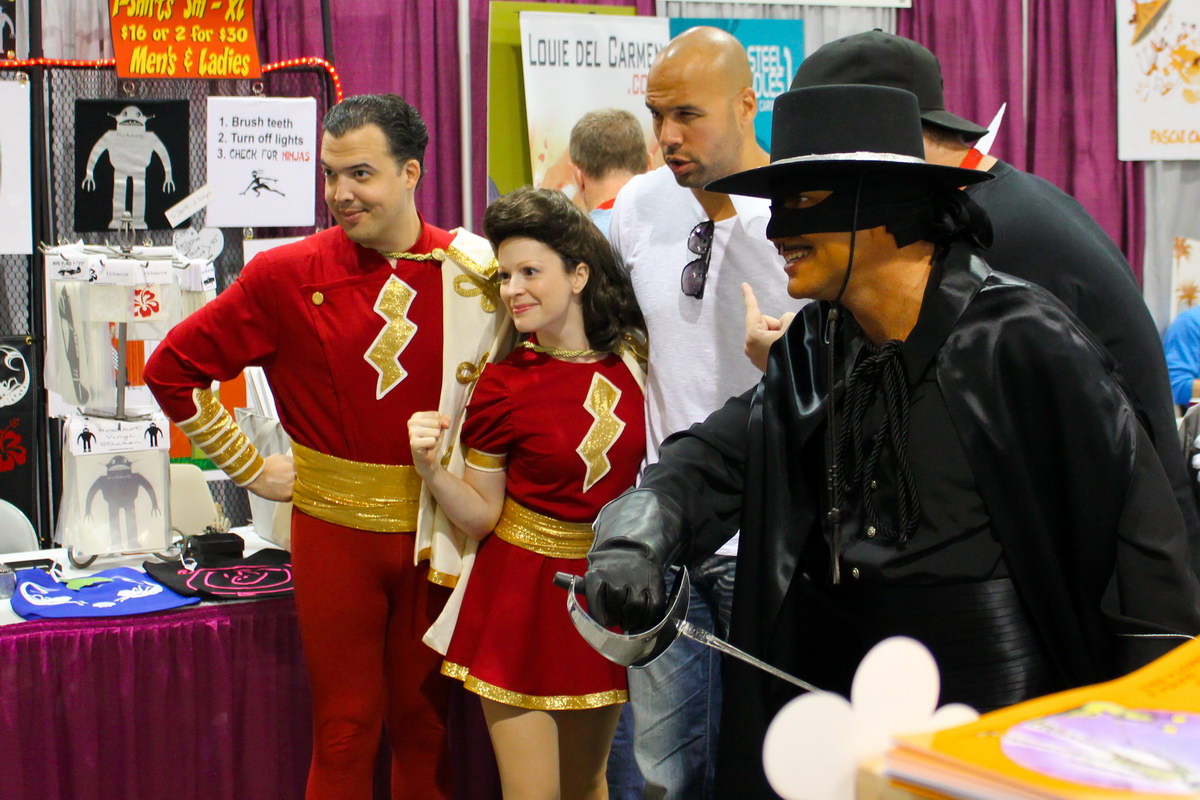 Posing for pictures with my friends the Marvels. Vickie also made the Mary Marvel outfit for our friend Teri. 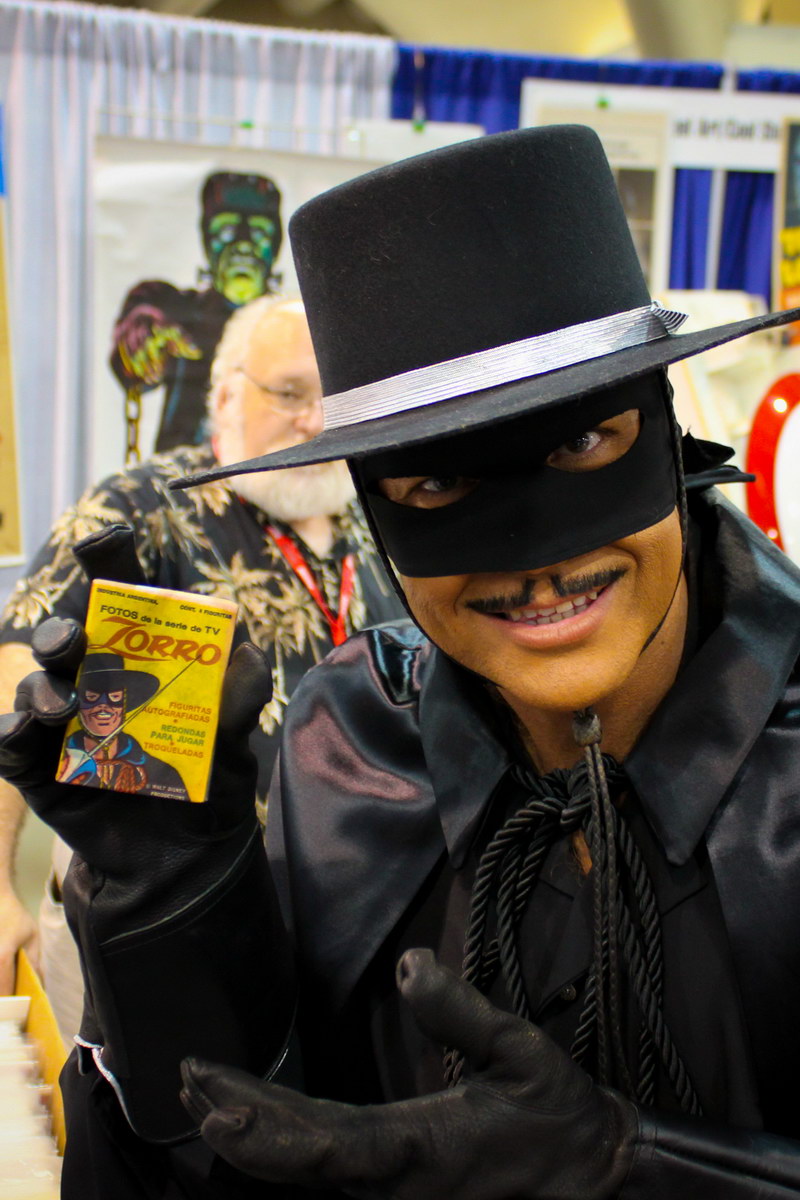 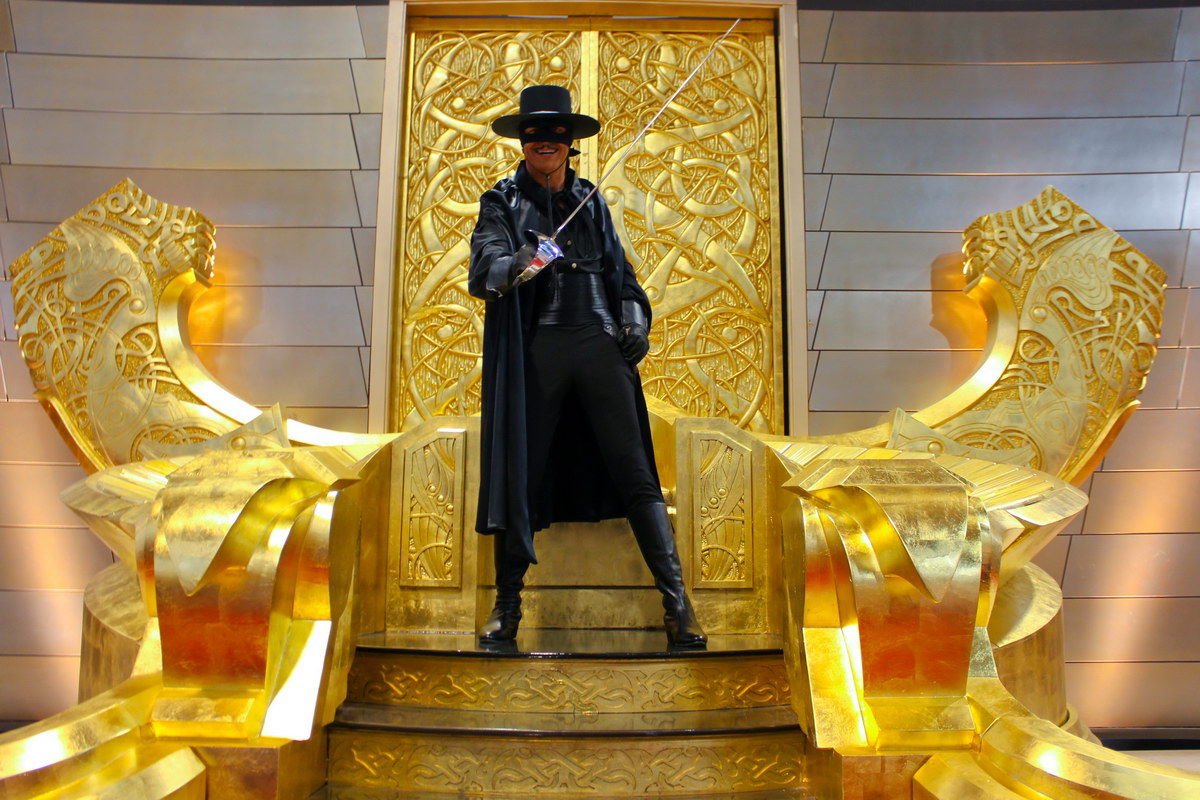 Standing at Odin’s throne at the Marvel booth. It almost looks like it could have belonged in a Zorro movie. 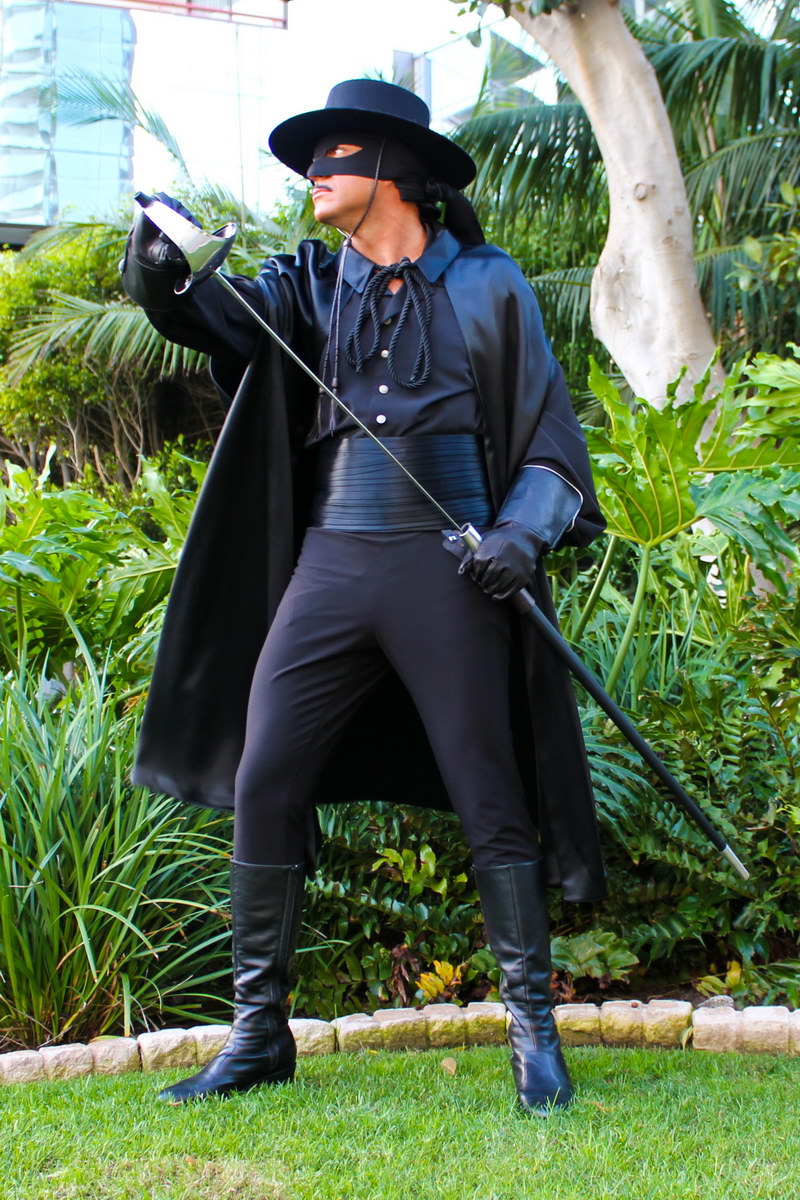 There’s a great area by the Marriott’s pool for taking pictures. 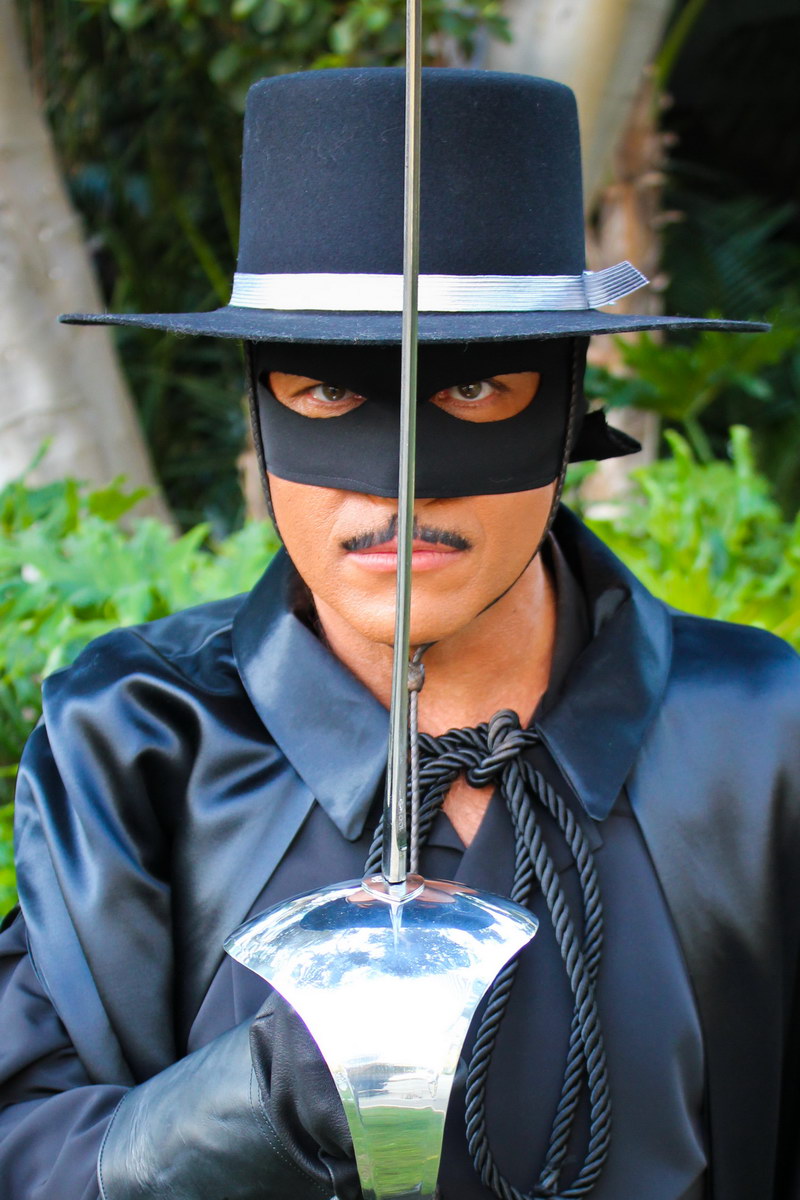 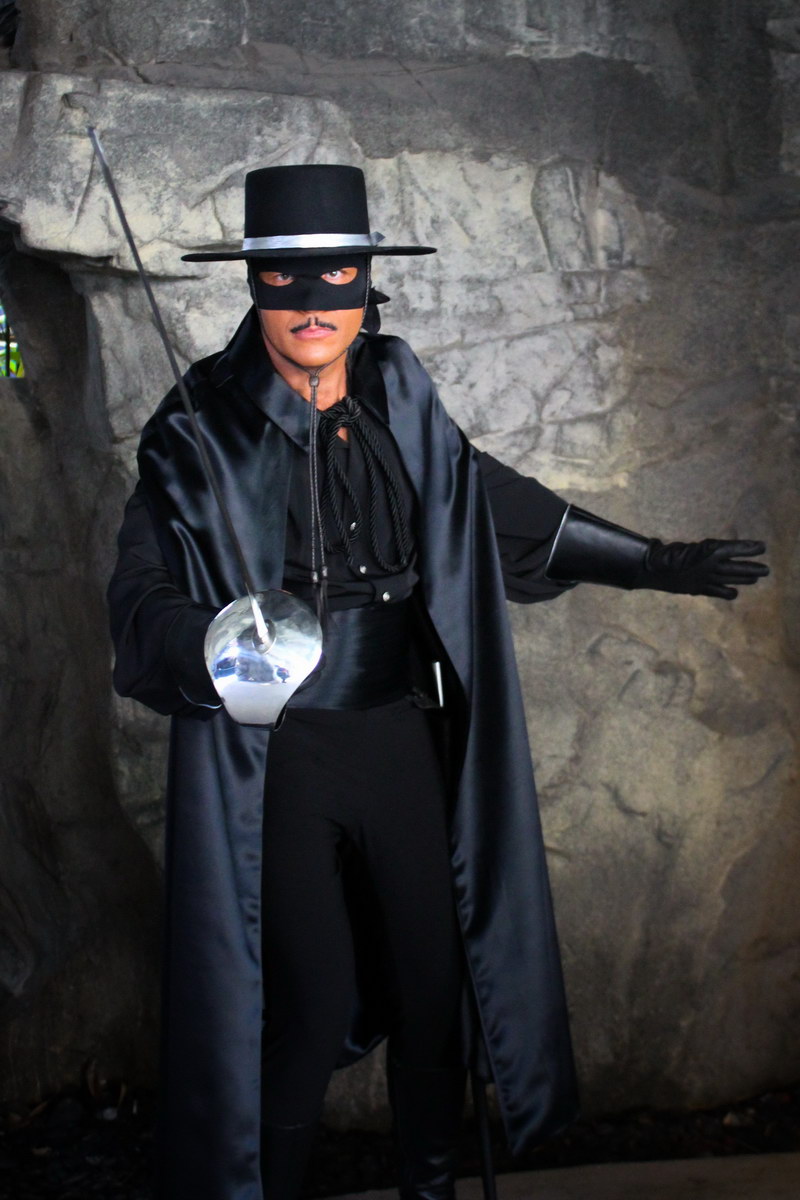 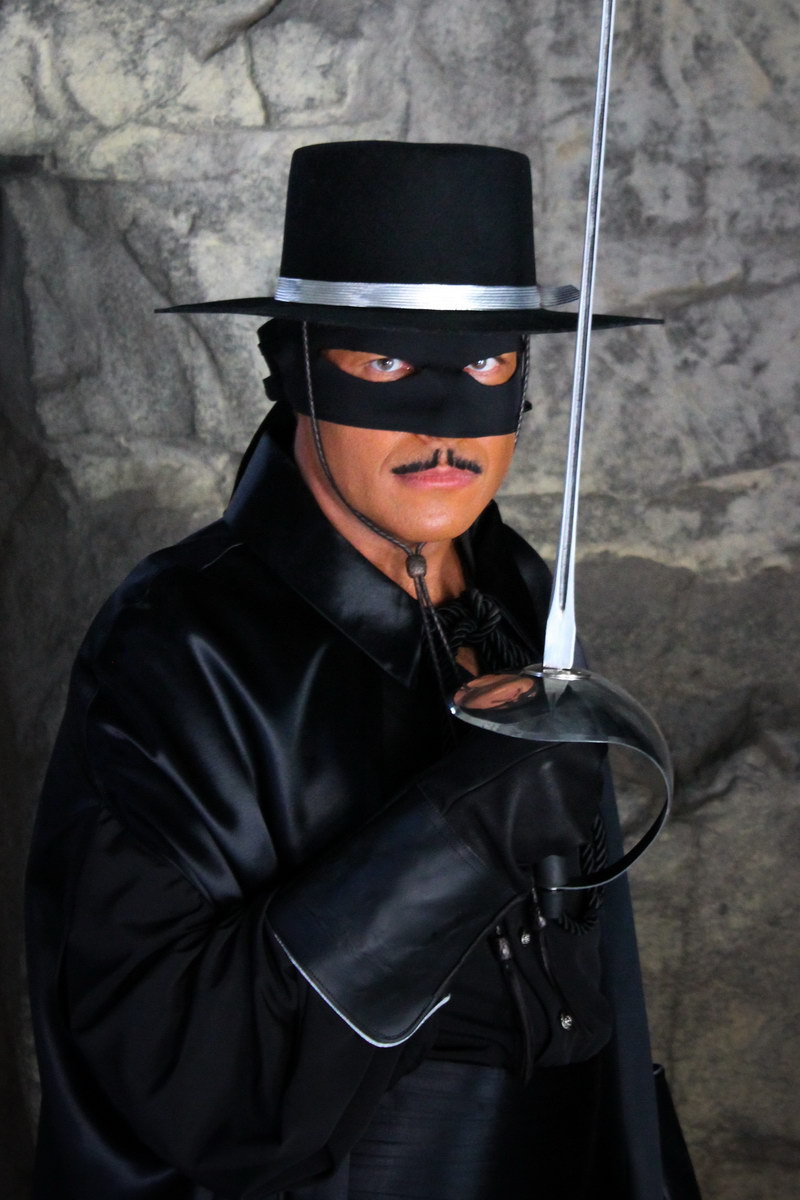 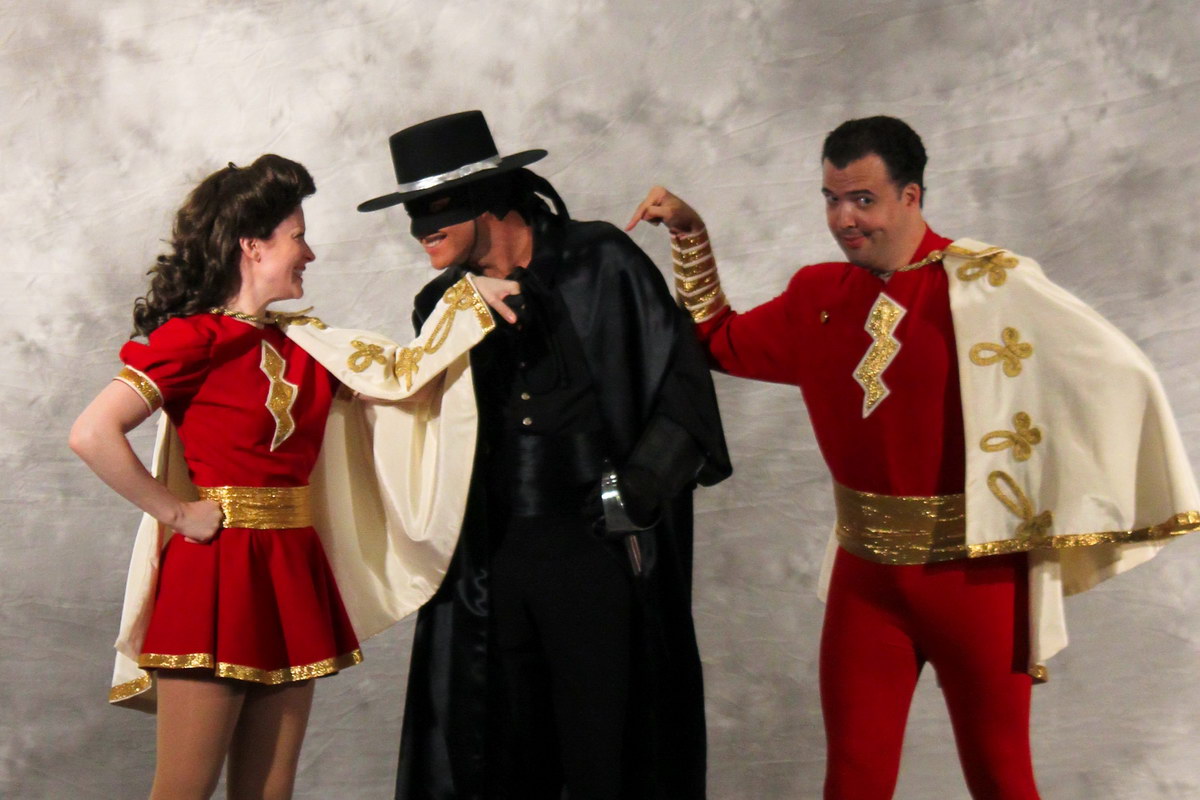 Having some fun on the Masquerade press stage 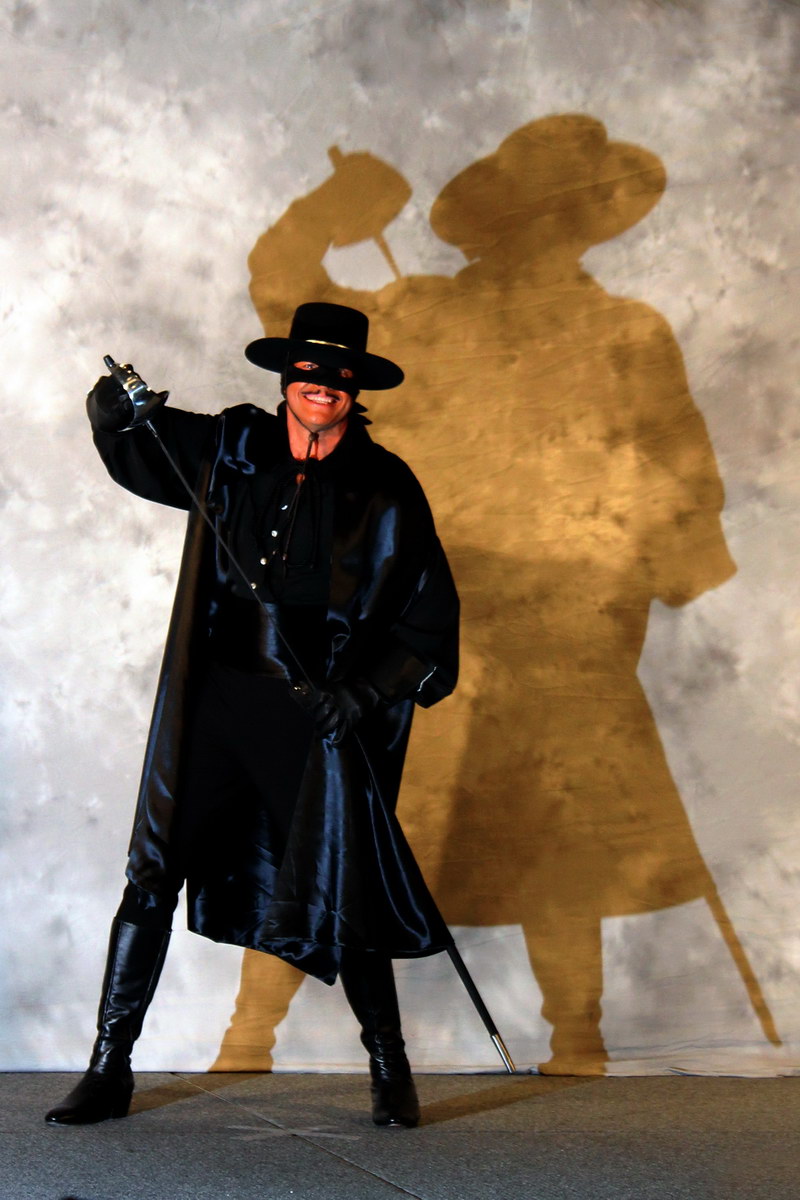 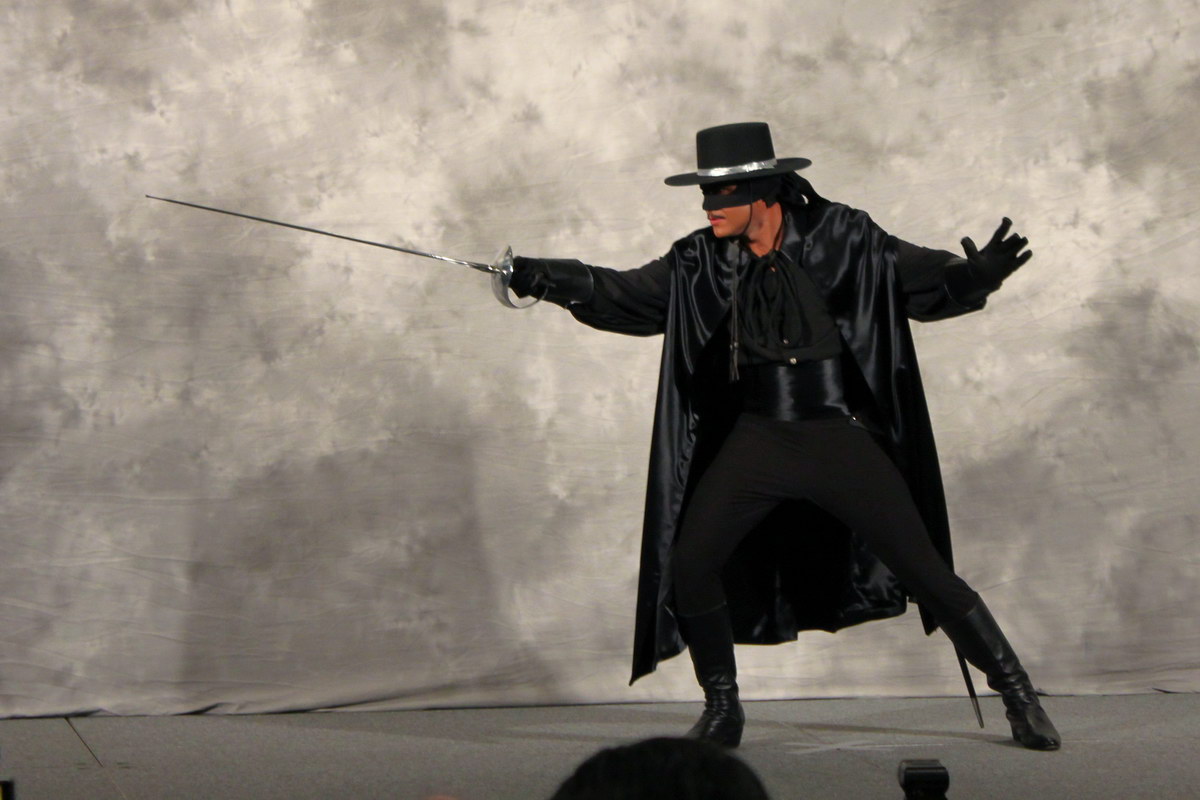 Here’s some more from our fun at SDCC. 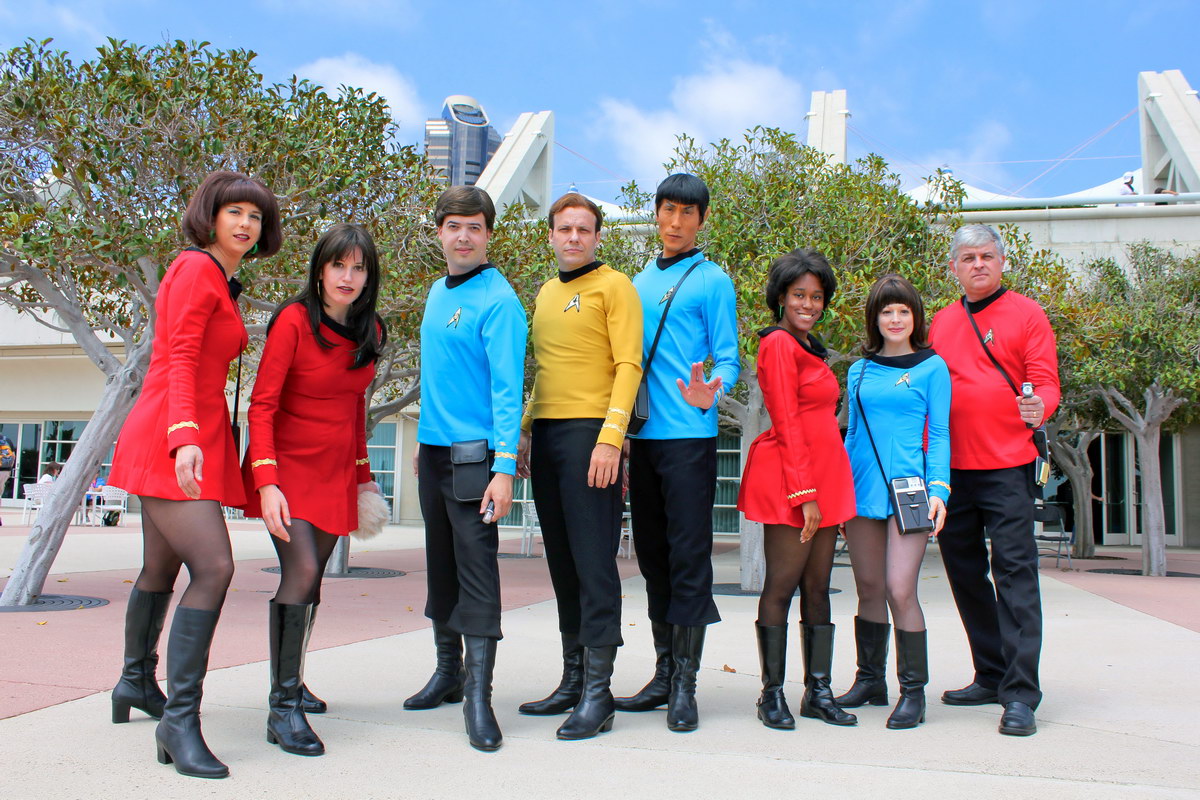 Thursday was Star Trek TOS Day. Vickie made the dresses and tunics for most of the crew. 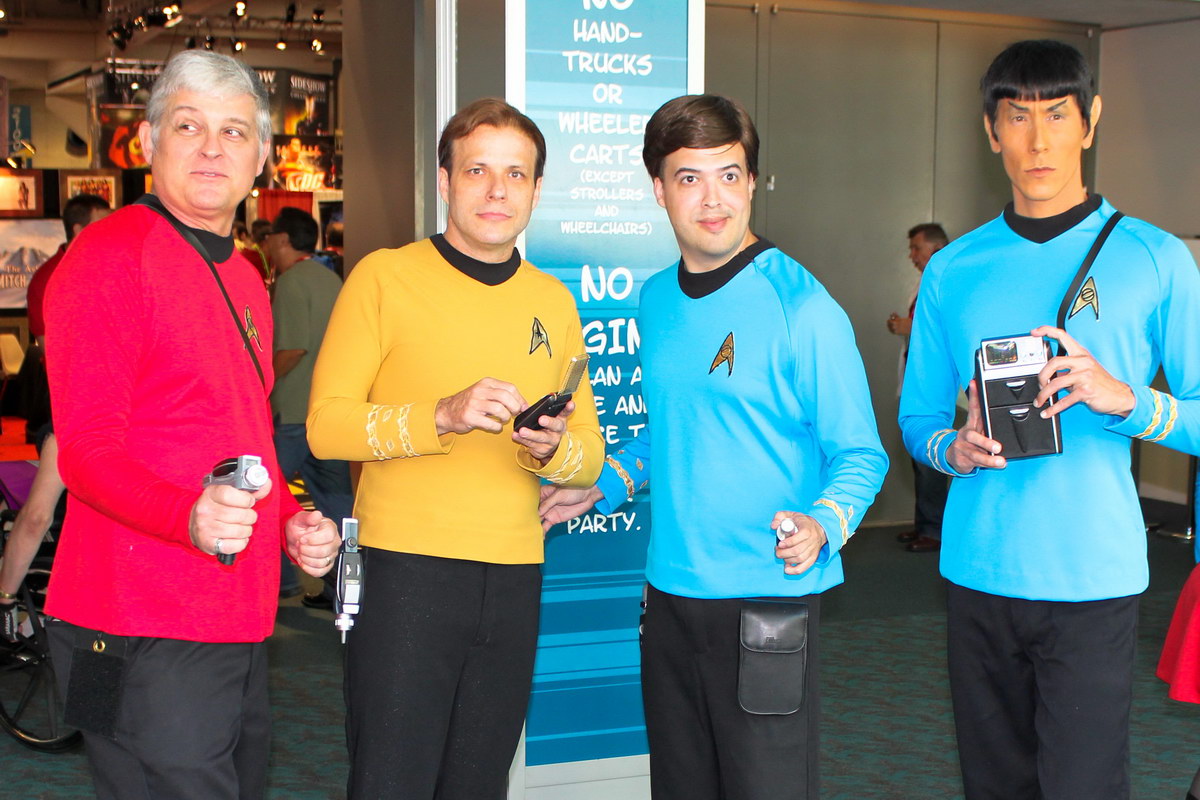 Isn’t is great you can get all these cool Trek props from TRU nowadays? 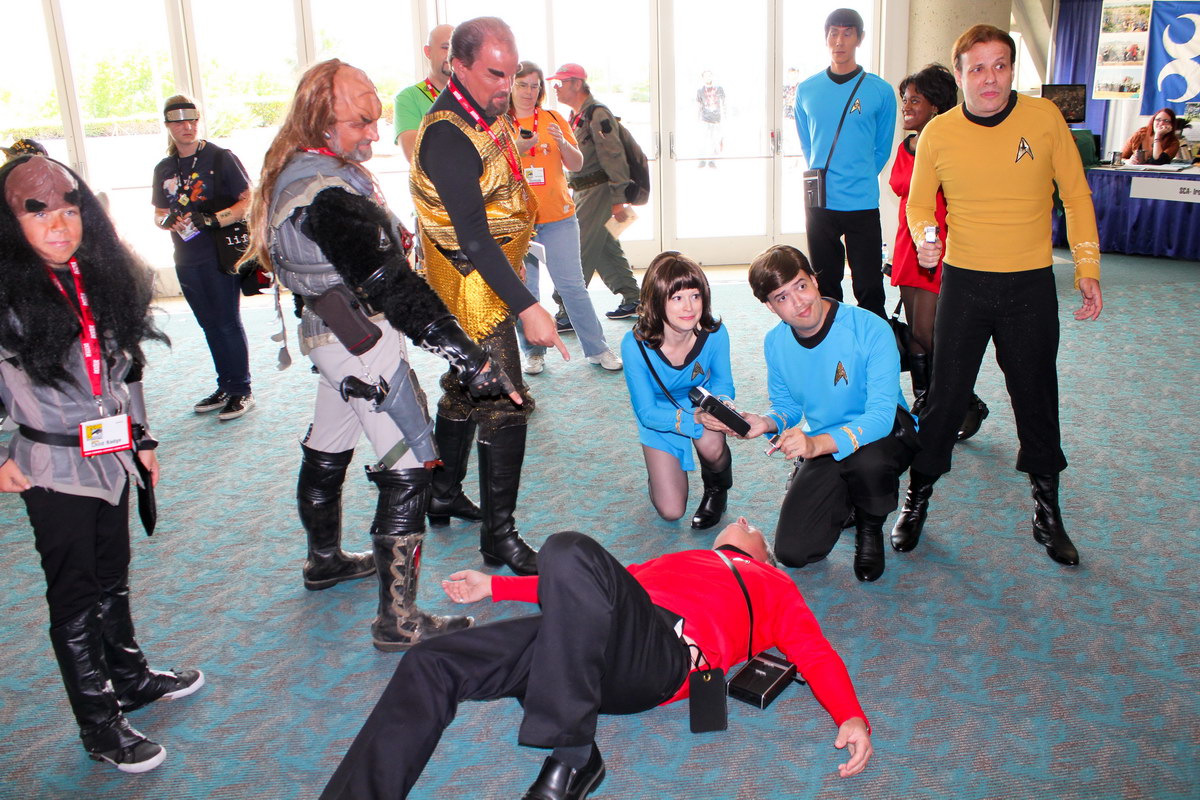 Kirk defeats a Klingon in a thumb war. 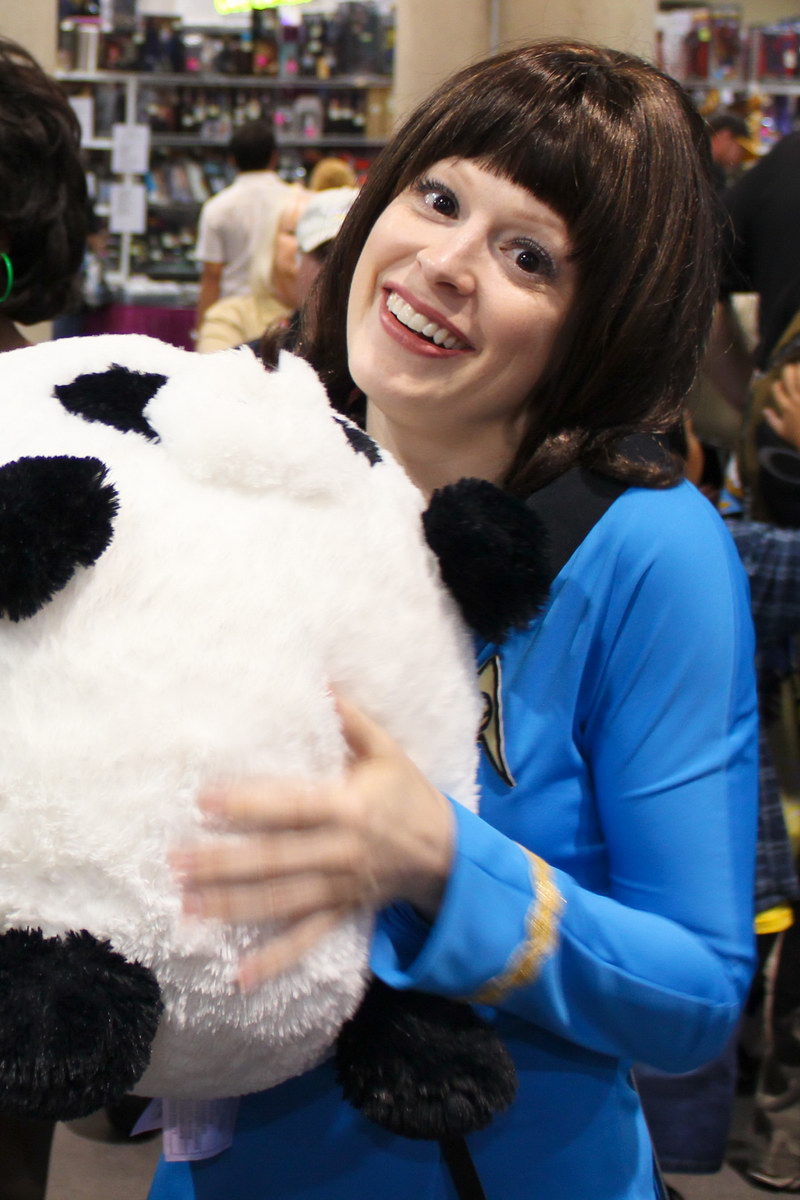 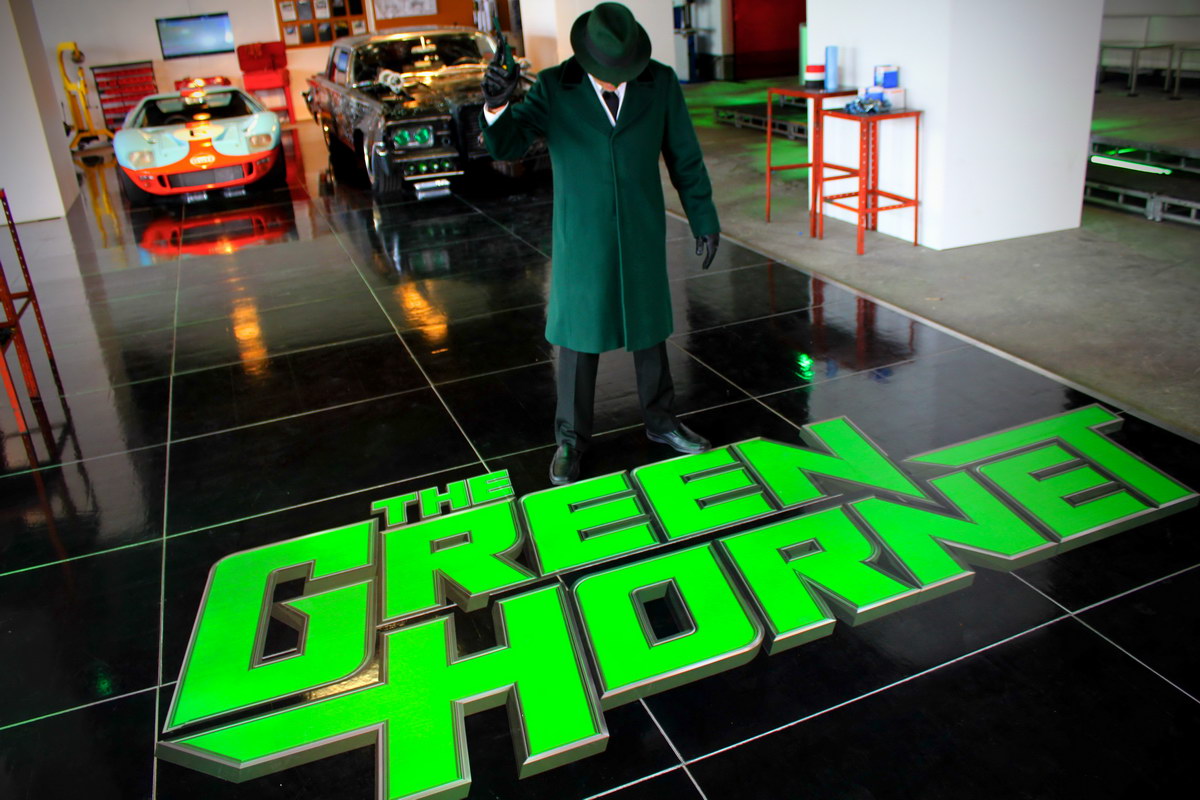 Friday, I started the morning off as the Green Hornet 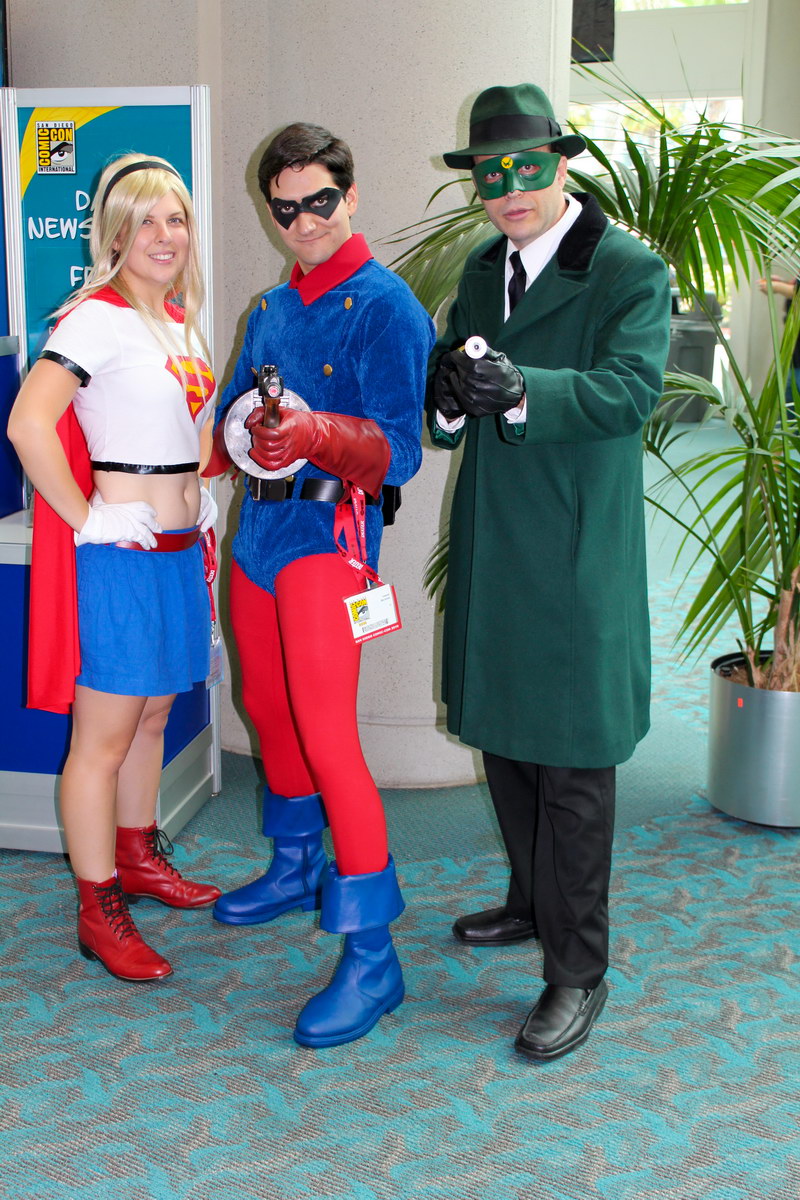 Bumping into Supergirl and my buddy Sam as Bucky 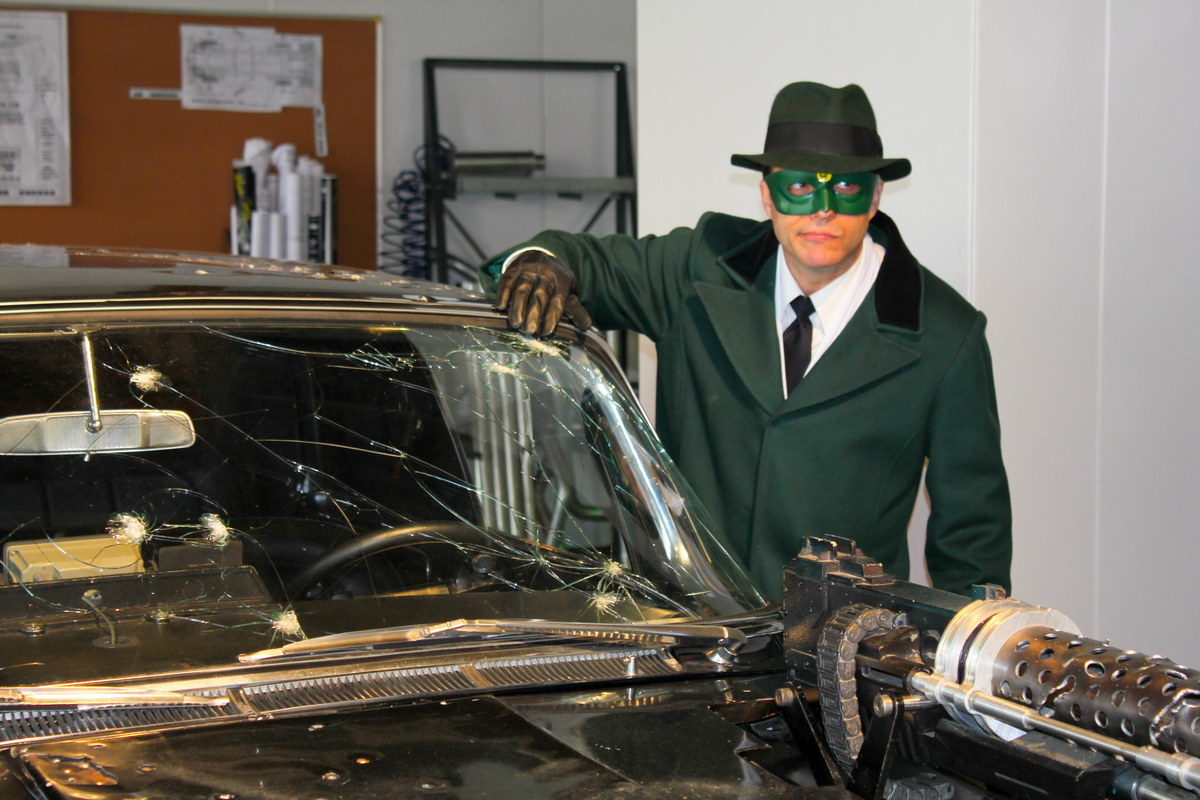 I think I found a scratch here, Seth. That’s the last time I let you take the car out. 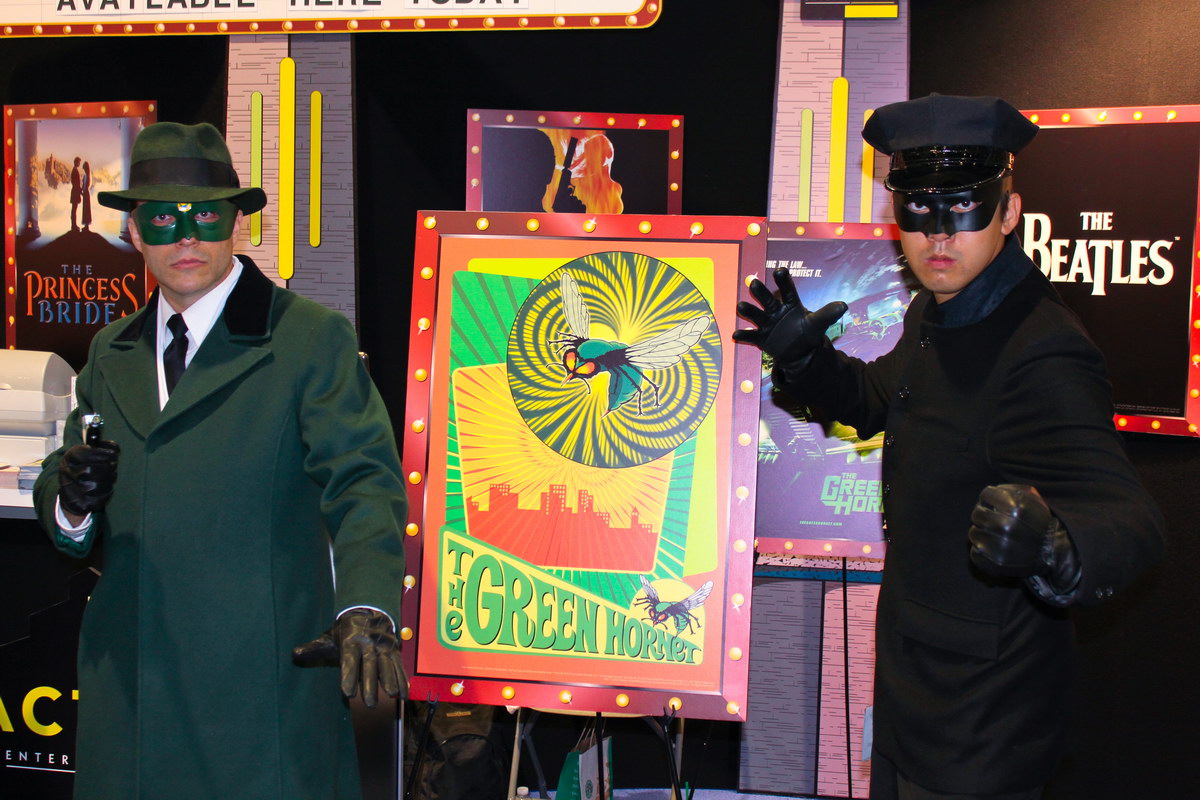 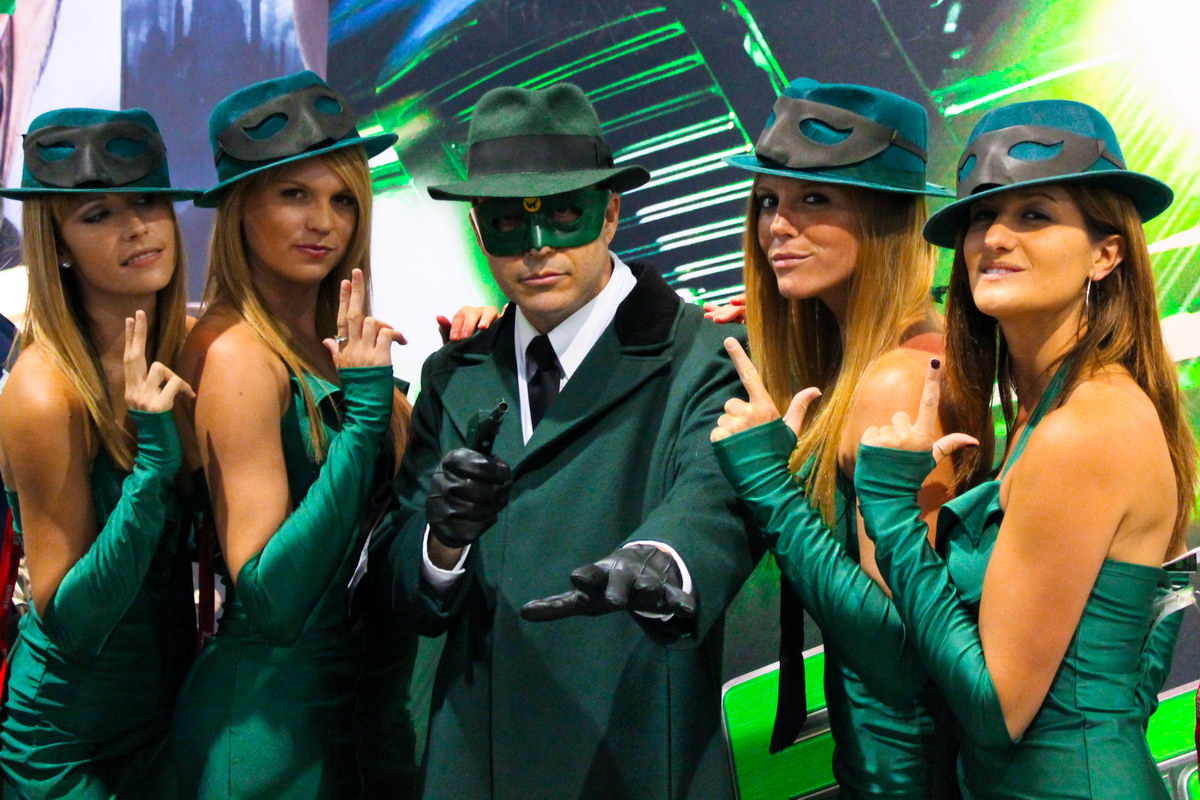 I traded Kato in for some Hornets 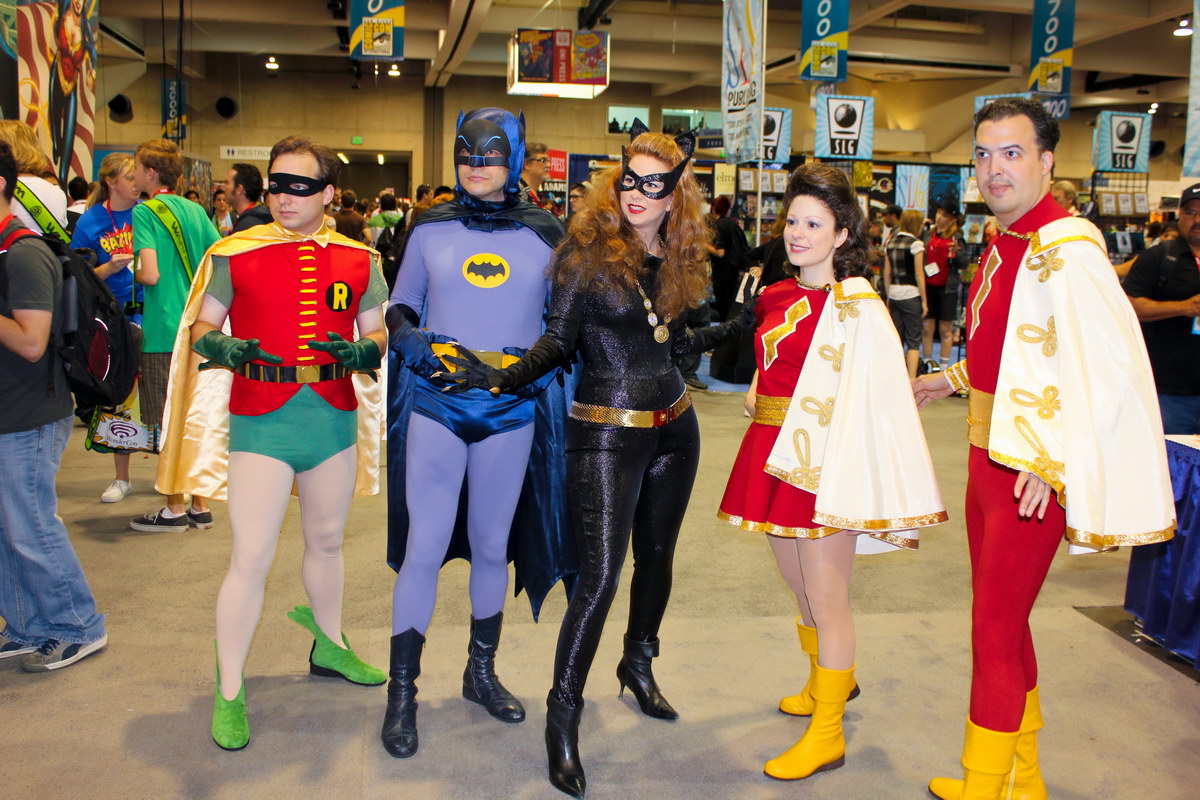 Later on Friday, I switched into my old standy, Batman to join up with Robin, Catwoman and the Marvels. 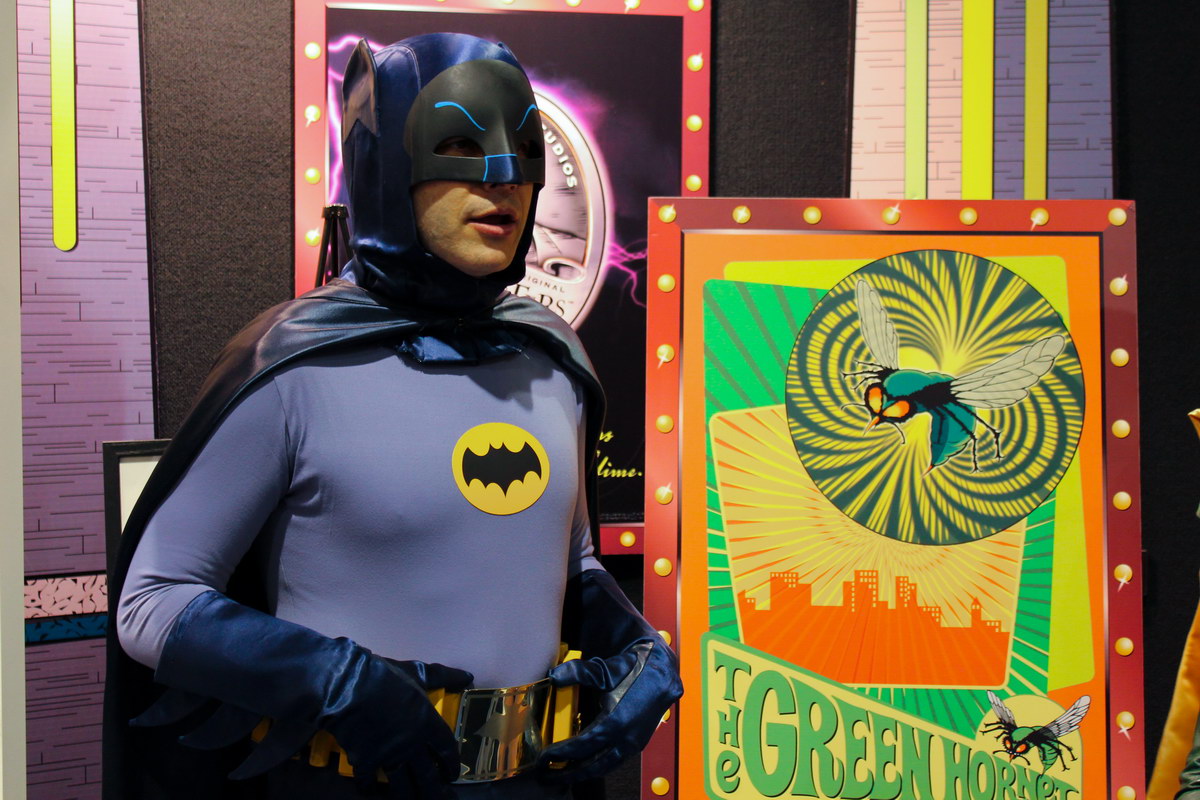 “Green Hornet? He was here earlier? You don’t say…”

Kids are the best! 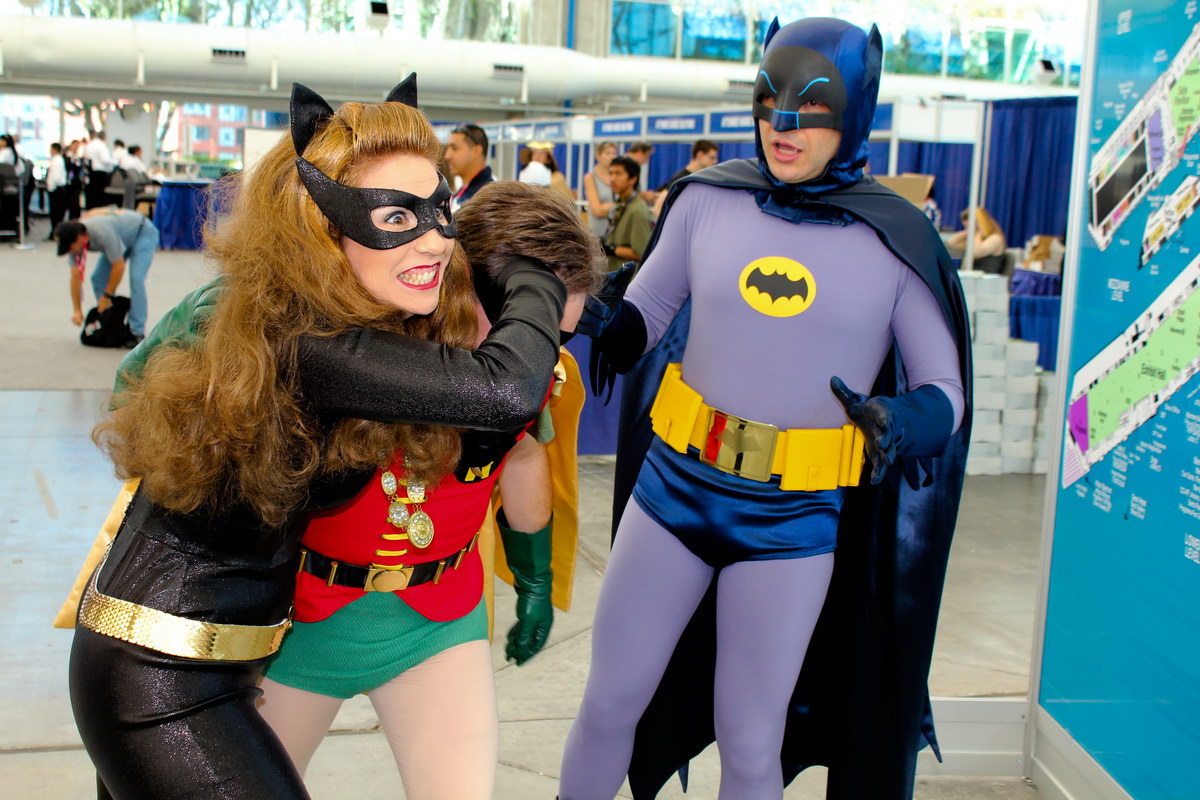 Cat Noogies!
Can Batman stop her?
Will Robin have a raw skull?
Tune in next time..
Same bat time…
Same Bat channel!! 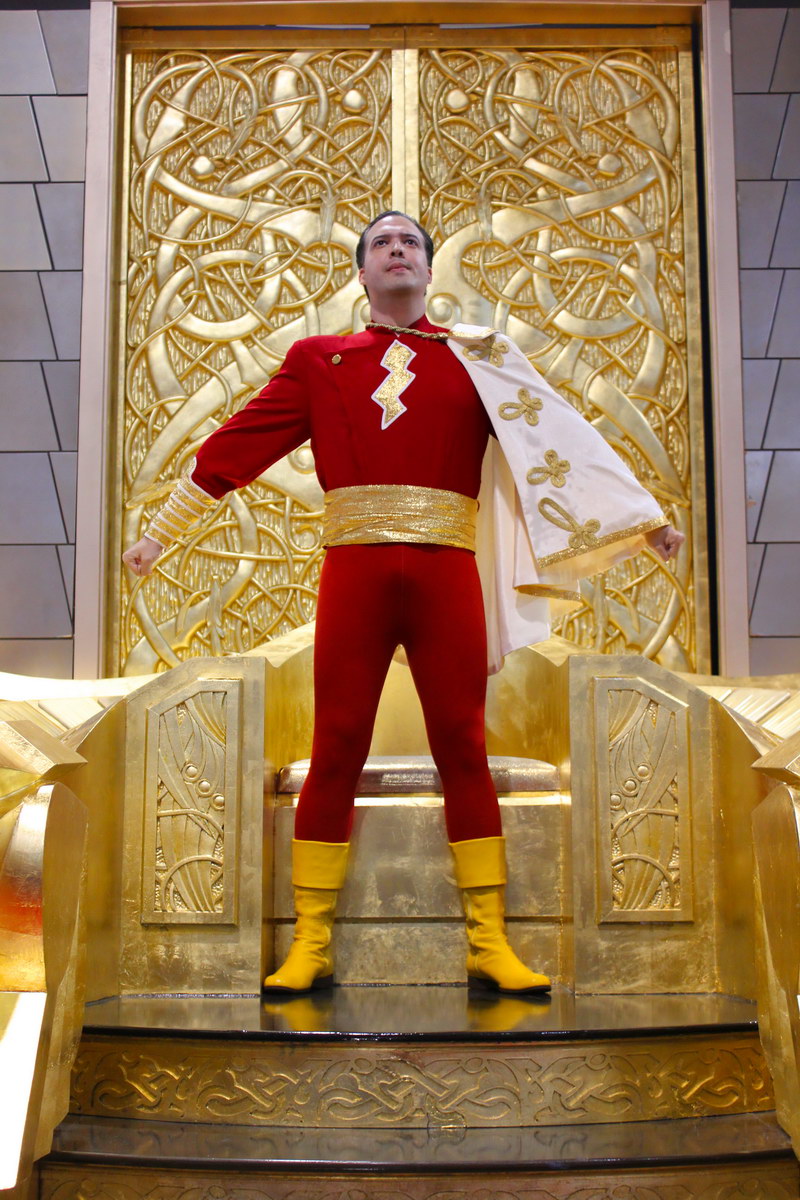 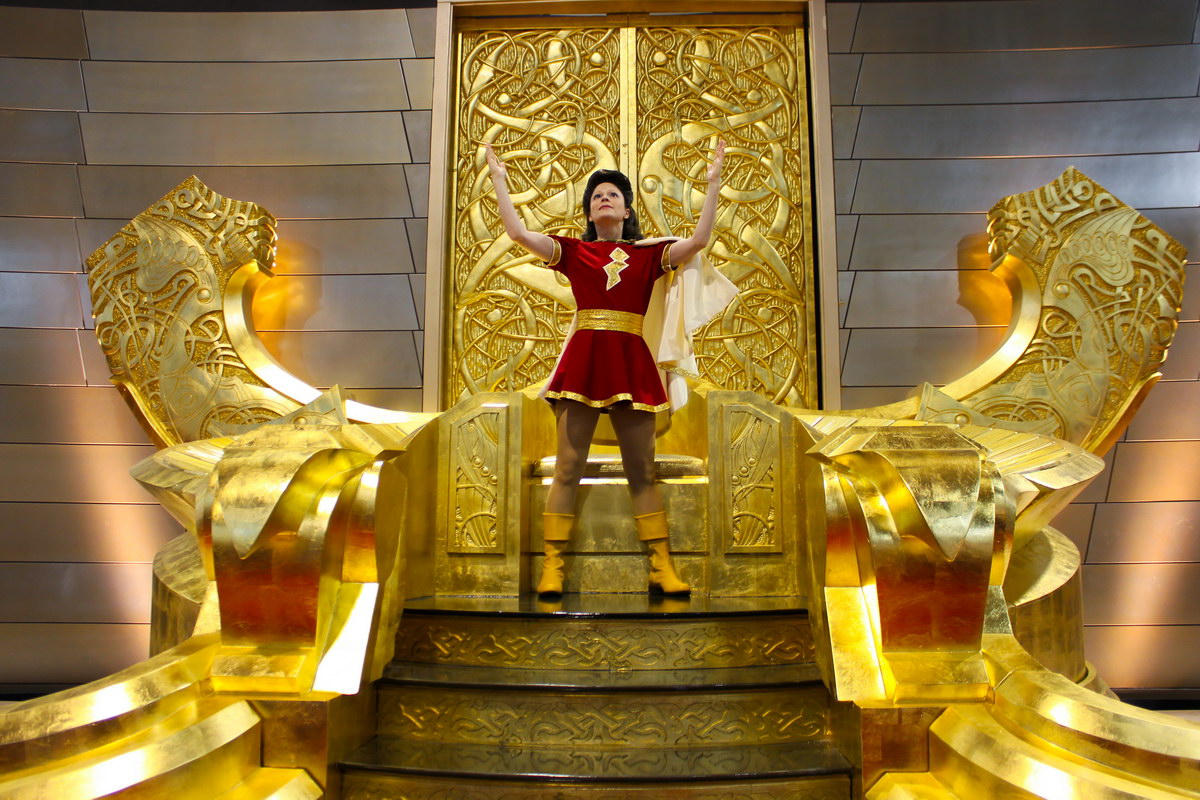 Probably my favorite pic of Teri in her Mary Marvel costume. 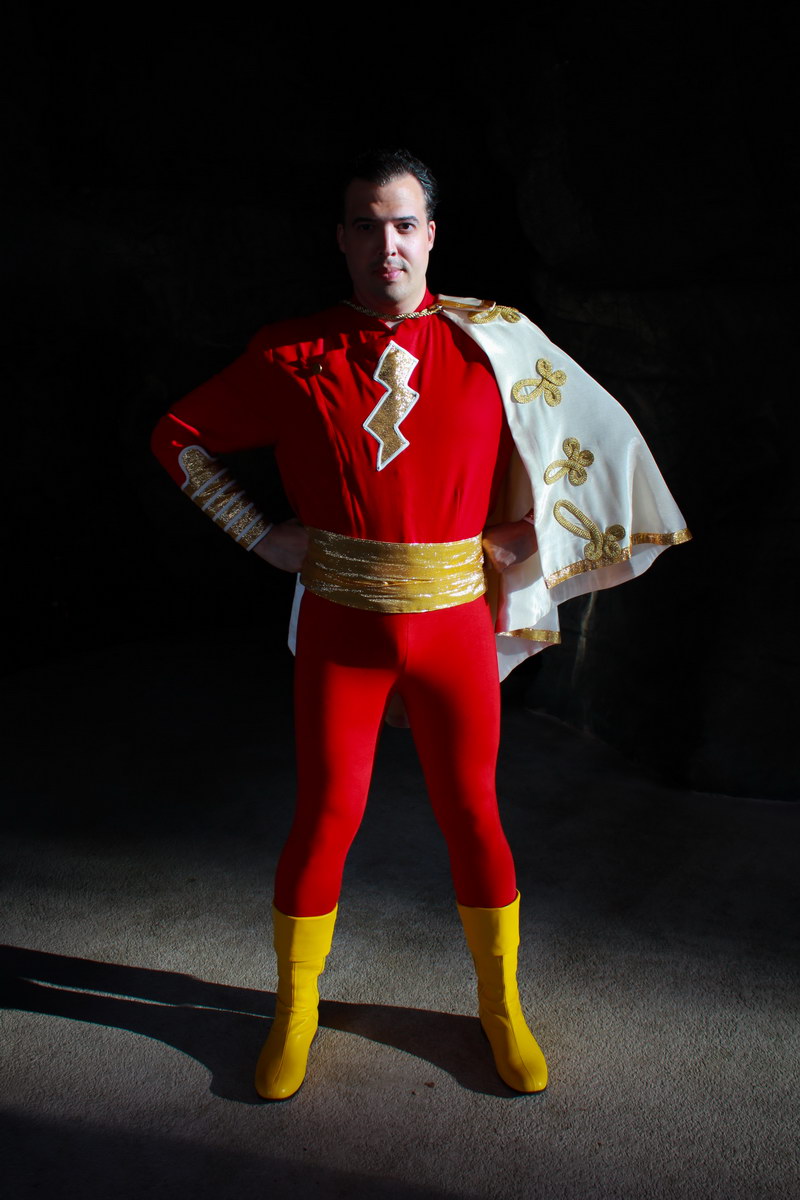 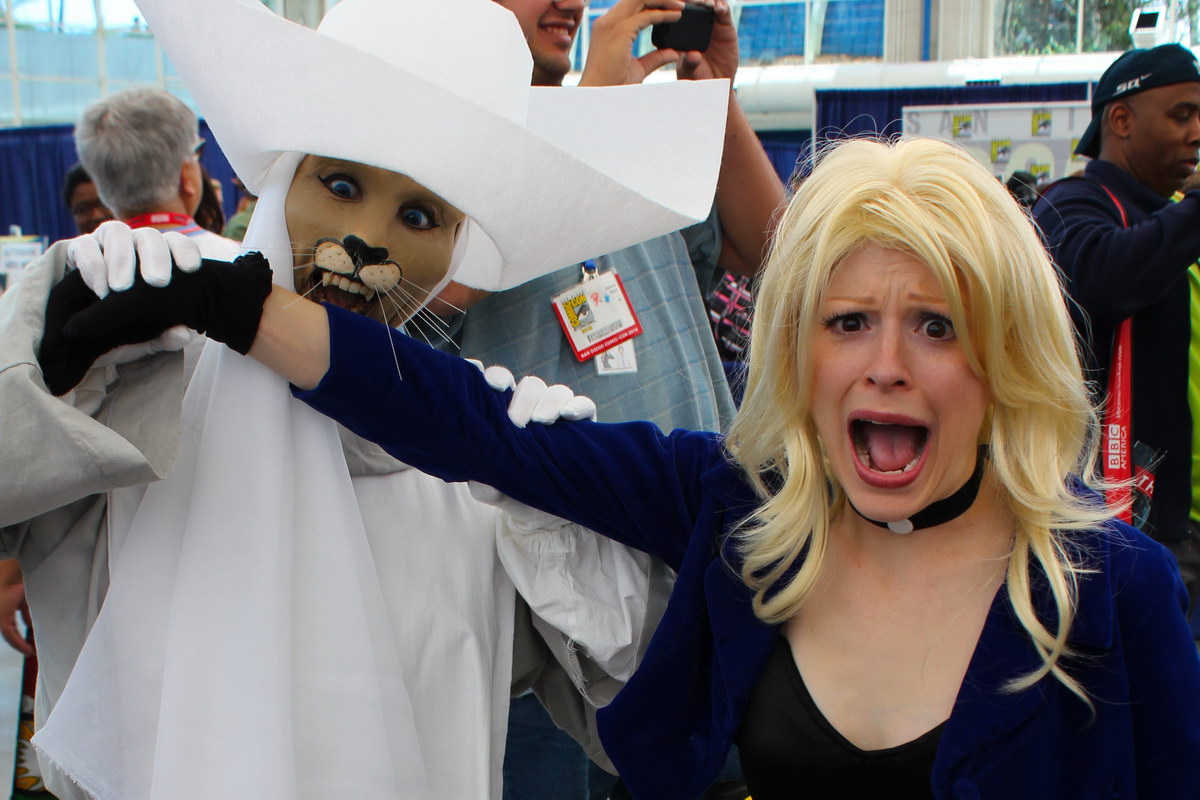 Sunday I didn’t dress up but Vickie went as Novice Hame while Teri was the Black Canary.
The Cat and the Canary 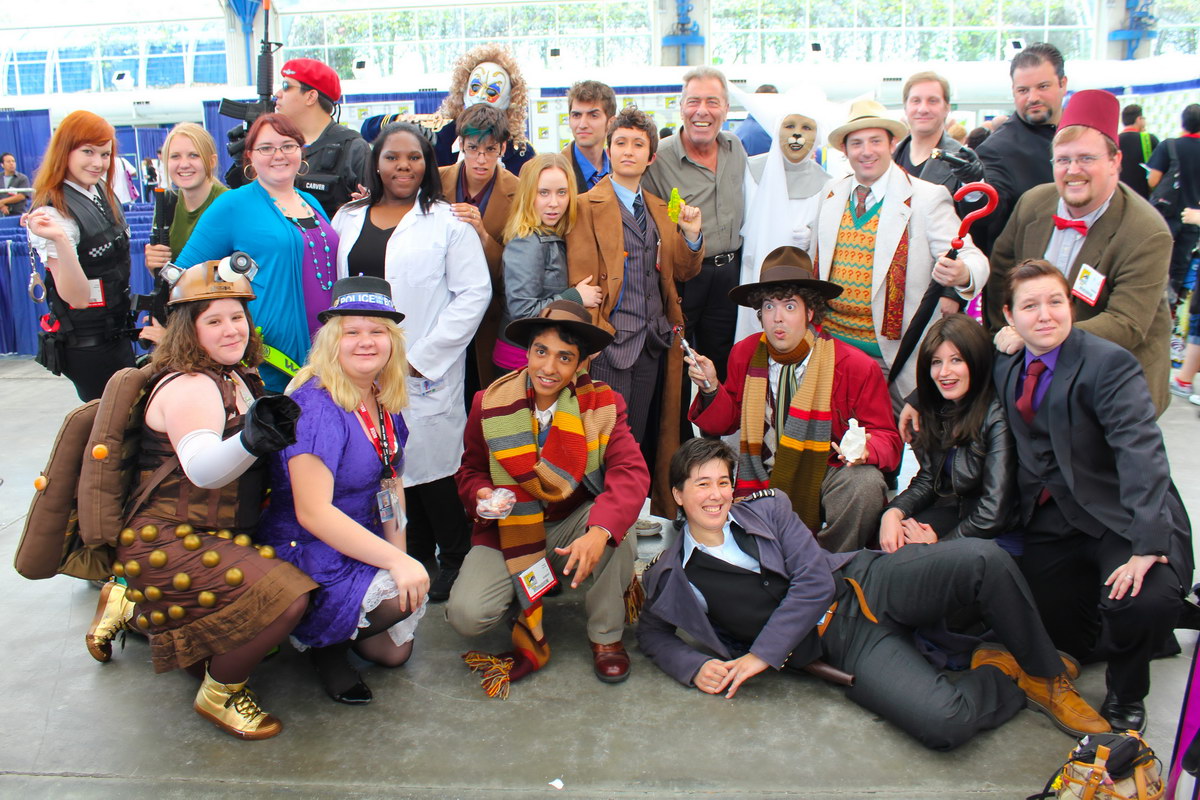 Original cast member from the classic series, John “Sgt. Benton” Levene joined in for some pictures during the Doctor Who gathering.
Bob is sporting his amazing Fourth Doctor outfit just in front of Vickie. 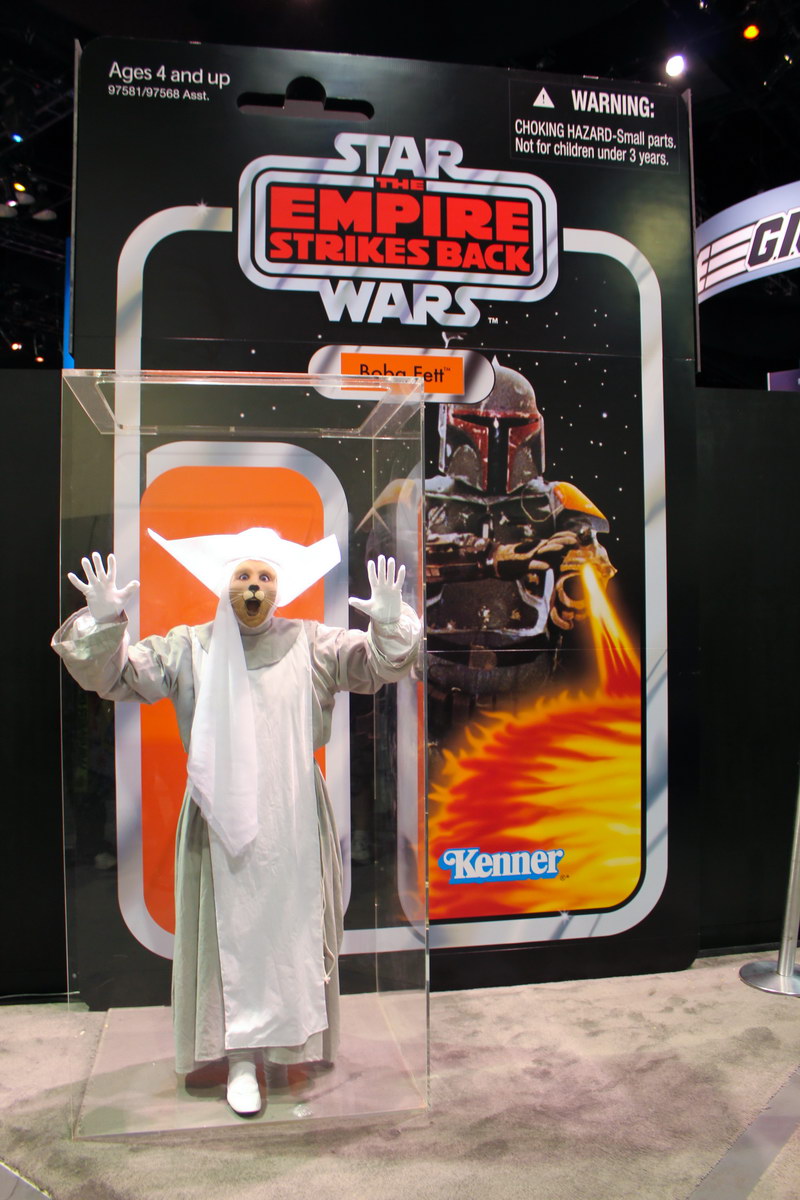 Franchise mismatch. I understand this goes for a pretty penny on eBay.

Here’s a slideshow gallery that will hopefully share more of the memories.